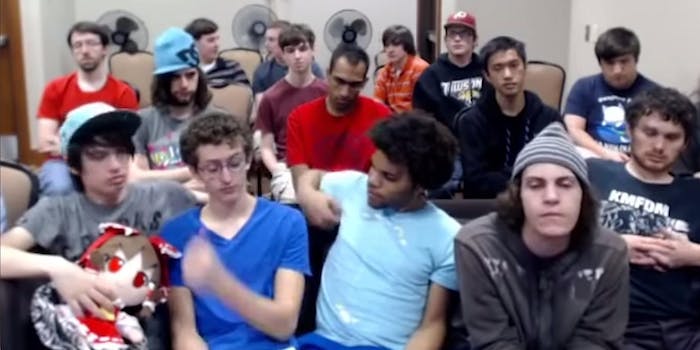 Is this the most awkward moment ever caught on livestream?

Who knew hanging out on the couch could be such a minefield.

Let’s face it. Gamers can be awkward. Sometimes they can be really awkward.

With the advent of livestreaming and gaming as a spectator sport, gaming marathons have become super-popular. Just this week, Awesome Games Done Quick 2015 wrapped up after seven days, having raised over $1.5 million for charity. Its organizers run a number of similar events throughout the year.

At these events, the groups of gamers spend prolonged periods of time in close proximity. That can lead to difficult situations at the best of times. At Summer Games Done Quick 2013, one of those gamers was just trying to get comfy on the couch at the front as he settled in for the long haul during a Crash Team Racing speedrun. We’ve all been there.

What happened next was pure, beautiful awkwardness.

“Who does this hand belong to?” is the last thing you want going through your head when you’re surrounded by your peers.