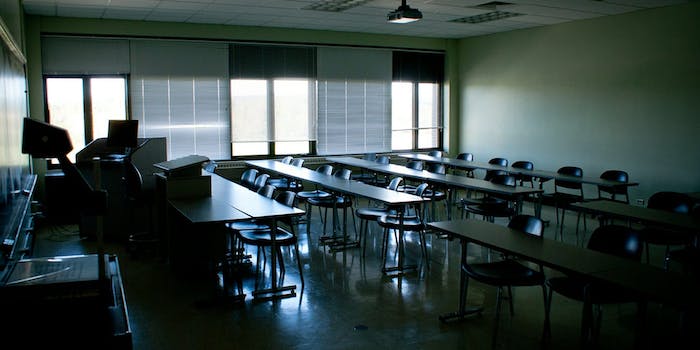 Be careful what you curate.

Internet culture thrives on remixes, and Facebook posts are no exception. If you’re a student, however, liking the wrong doctored image can have grave consequences.

One Australian kid took to the infamous “Today I Fucked Up” subreddit to demonstrate just how dangerous memes can be. It seems that after a friend introduced him to Google Chrome‘s “Inspect Element” tool, he used it to mock up a vulgar version of the homepage of a private school that many of his friends attend.

Pleased with the result, u/who-reddit uploaded the picture to Facebook, where it garnered more than 100 likes and dozens of comments. And that’s when things went slightly awry, the amateur artist explained.

“Apparently someone from the school showed one of the teachers, now the principal of their school is fuming. They held a lunchtime assembly discussing it and saying that any student who had liked or commented on the photo was to be suspended and that they would be getting police involved. Still not quite sure what’s going to happen to me :/ I’ve deleted the post though, guessed thats kinda good but they already have screenshots of it and have contacted my school.”

Given that the school’s website itself was never altered in any way (the Facebook post was the equivalent of a hasty Photoshop), this may have been something of an overreaction. The only people the police might want to charge are the school administrators—for getting totally owned.