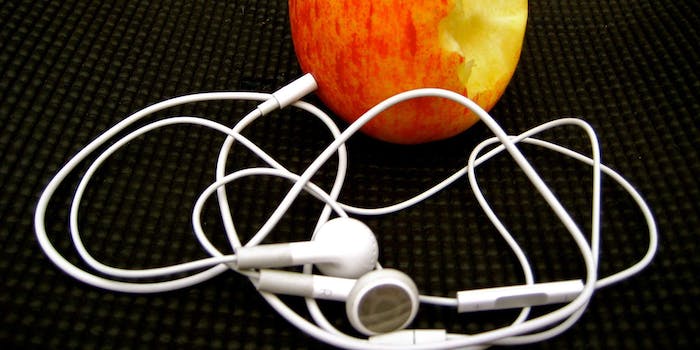 An iPhone scam gets seedy down under.

The Australian site Gumtree is basically the equivalent of Craigslist, a Internet forum where goods and services can be exchanged. And, like Craigslist, scams can run rampant.

Last week, a 21-year-old Brisbane women posted an ad on Gumtree, looking for two iPhones. Rather quickly, another woman contacted her, saying she had two iPhones for sale. They agreed to meet at a McDonald’s, where the seller handed her two new iPhone boxes, after she paid up the $1,500 AUS they’d negotiated, the equivalent of roughly $1,300 U.S. dollars.

When the customer finally opened the boxes at home, she found out she was not lovin’ it. Inside were actual apples, not an Apple product. A Constable from the Upper Mt. Gravatt Crime Prevention Unit told the Herald Sun that “[I]f something seems too good to be true, it probably is.” The perp has still not been caught.

Gumtree iPhone scams are nothing new, but the trend of scamming people looking for Apple products, then meeting them in a McDonald’s parking lot, was thought to be isolated to America. Apparently it’s reached absurd new heights down under.