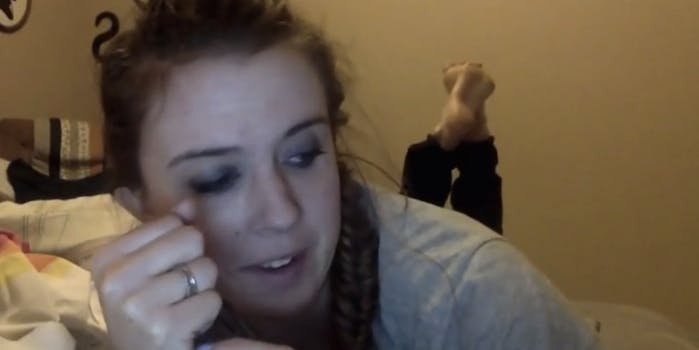 Some people just aren't meant to be cat people.

Some people just aren’t meant to be cat people. Maybe this girl should consider that possibility.

Lauren Santoro posted a short video today of herself on her bed as she calmly calls for her cat, Finnegan (Fin for short). What she gets in return is a greeting that can only be described as absolutely vicious.

Make sure you watch all the way to the end.