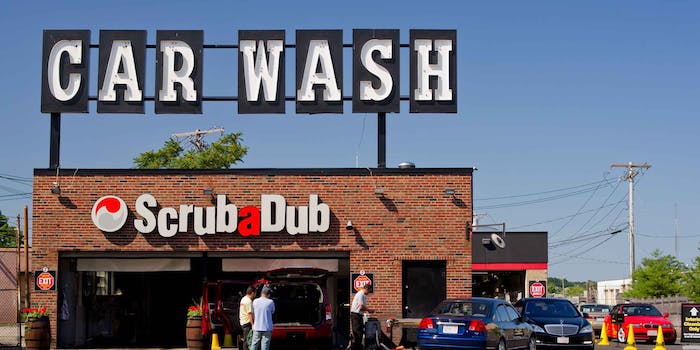 Is this the best carwash ever?

Most people don’t go to the car wash expecting a multisensory artistic experience. This Atlanta car wash is apparently trying to change that assumption.

YouTube user 3MTCreactions filmed the trippy experience of going through this carwash, which involved a multicolored light show and a soundtrack of “LSD” by A$AP Rocky.

This totally transforms a boring chore into a weirdly relaxing kind of entertainment, right? It’s like driving through a lava lamp.

Photo via Emmanuel Huybrechts/Wikimedia (CC BY 2.0)