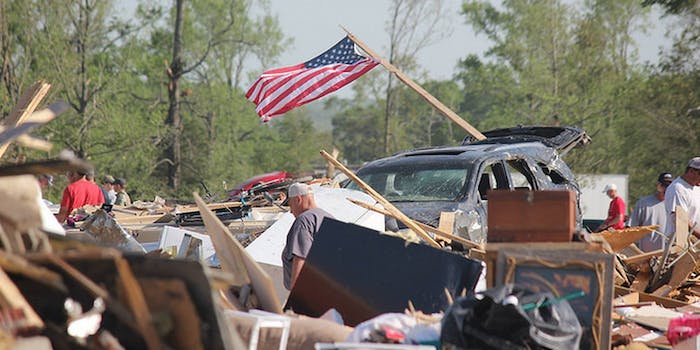 As the Arkansas tornado hit, one victim sent his mother a heartbreaking final text

Jeffrey Hunter, 22, was a senior at the University of Central Arkansas.

On April 27, an EF-4 tornado touched down west of Little Rock, Ark., and carved a 40-mile path of destruction across the state. The damage and loss of life are still being assessed, and it’s thought to be one of the worst tornadoes ever to hit Arkansas.

Regina Wood knows the storm’s devastation on a different level. Her 22-year-old son, Jeffrey Hunter, was at home in Vilonia, Ark., as the tornado approached. She was 20 miles away in Beebe, receiving text updates from Hunter; he knew he was in the twister’s path.

Hunter was a senior at the University of Central Arkansas. His father and stepmother were also in the house the tornado hit, but survived with injuries.

Hunter’s story tragically echoes that of the Sewol ferry disaster; text messages and phone calls from students to parents were recently recovered.