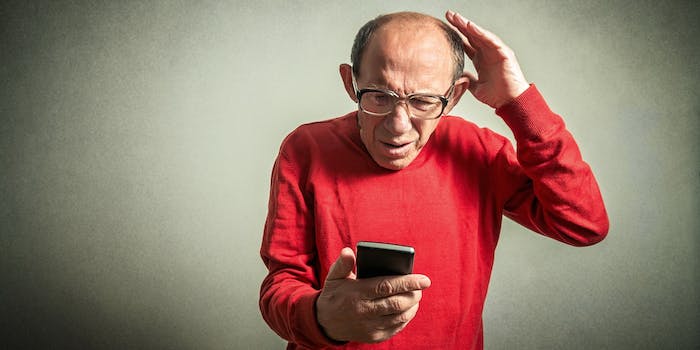 Arguebot argues with online jerks so you don't have to.

For reasons known only to them, some bigots spend their leisure time searching Twitter for concepts that upset them, then trying to provoke arguments with total strangers. This gives an addictive little thrill to the trolls, but it’s inconvenient at best (and traumatic at worst) for the strangers.

So why not outsource the problem to a bot?

Sarah Nyberg has done just that with Arguetron, an automated Twitter account that baits angry Twitter eggs—the kind who use the word “cuck” and believe “white genocide” is a thing—into pointless fights. Sometimes for hours.

seriously, the bot is just like honey for internet jerks

they spend hours and hours yelling at it pic.twitter.com/y8igW3osm7

Arguetron has a female-reading display name—”Liz”—which makes angry men even more eager to argue with it. And sometimes even hit on it. The two approaches are equally futile:

this is my favorite interaction

someone repeatedly attempts to sexually harass the bot thinking it’s human, this is how it replies: pic.twitter.com/2xqXVRTJPZ

The bot is programmed to respond to all the main phenotypes of angry, unfulfilled internet bro, including alt-righters, Gamergaters, MRAs, Anonymous, Julian Assange fanboys, and the ever-present Infowars conspiracy theory crowd.

It posts endless provocations of the sort that invariably attract a creeping cloud of Twitter harassment, and it often names names.

you could listen to The Amazing Atheist, or you could make the correct choice

nothing true is ever said in gamergate

You’d think the people arguing would catch on after a while that “Liz” is a bot, but they often don’t. And sometimes it gets so extreme that you have to wonder whether the trolls are bots, too. Who spends 10 hours—10! hours!—arguing with someone on the internet?

this infowars egg is the record holder

it argued with the bot for… almost TEN HOURS. yes, really. pic.twitter.com/DiQdNd8azw

There is a hole here that no amount of tweeting can fill. It would be tragic if it weren’t so funny.

Unfortunately, word is out about the Arguetron experiment, and some people who disagree with its robot opinions would like to get it shut down.

anyway, the fragile snowfake anti censorship trump warriors are trying to get the bot shut down b/c it made them look ridiculous pic.twitter.com/mZNe9SzEUX

It doesn’t appear to violate Twitter’s terms of service, though. It’s not seeking out and harassing anyone, and everything it posts can be defended as opinion. Maybe a better solution for the dudes who are upset about the bot is to… stop seeking out and arguing with strangers on the internet. Arguetron can’t make you look foolish; you can only do that to yourself by taking the bait.

And speaking of bait:

here are the accounts that the bot follows, and people still fall for it