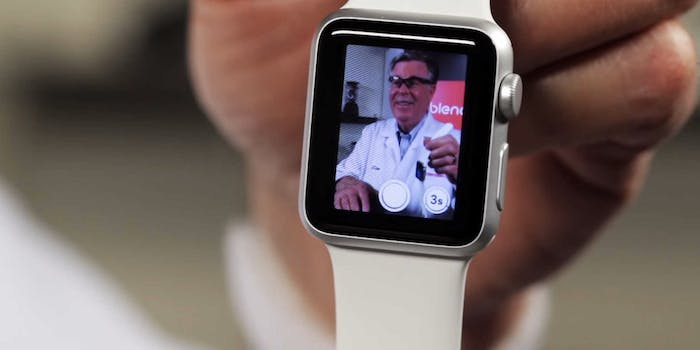 No, the Apple Watch will not survive in a blender

The next best thing to setting money on fire.

What’s that? You just got a new Apple Watch? And the first thing you’re gonna do with it is throw it in a top-of-the-line blender? Well, add some fanboy tears and you’ve got the makings of a mean cocktail.

For eight glorious years, blender company Blendtec has been testing the limits of their product by attempting to blend all kinds of things: a crowbar, hockey pucks, magnets, a skeleton, a vuvuzela, the Twilight series, a car, and a writer’s strike.  Most recently for their Will it Blend? series, Blendtec has put the latest Apple gadget, the Apple Watch, to the blending test.

After watching Tom Dickson, the expert on All Things Blendable, pulverize the components of the Apple Watch into a likely very toxic black dust, you can’t help but wonder: is this what Mark Zuckerberg snorts in order to get pumped to sell our data to corporations? It would explain a lot.