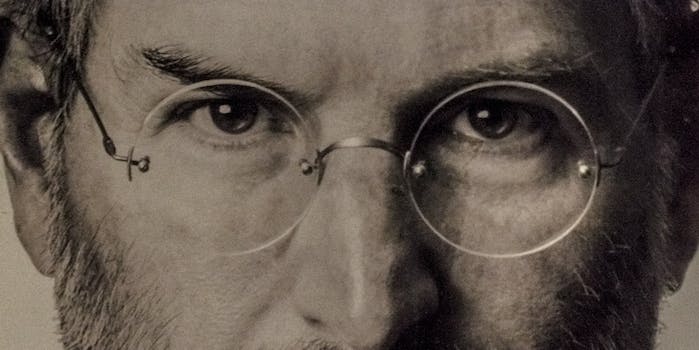 Who's the better CEO: Steve Jobs or Tim Cook? The answer may surprise you.

When you’re Apple, every week is a big week. But this one has been a bigger week than usual.

Thanks in large part to the iPhone 6, the tech giant shattered sales records on Tuesday, with quarterly reports far exceeding what anybody expected. According to the latest numbers, Apple sold more than 74.5 million iPhones before Dec. 27. Their reported profit was also the biggest for a public company ever; according to the S&P, yearly revenue rose to $74.6 billion, all the way from $57.6 billion the year before. This puts the company’s overall value at a staggering total of $178 billion.

Of course, there are still questions about their future. With the company crediting much of their revenue to iPhone sales in China, some are concerned that an expected slowdown of growth in the country will limit the same kind of earnings potential in the long run. Apple’s recent achievements have a lot of people wondering what will their current CEO’s legacy ultimately look like. Tim Cook had the unenviable task of taking over for the beloved Steve Jobs, but with Apple continuing to rise higher and higher, some have theorized that Cook may actually be a better CEO than Jobs ever was.

Steve Jobs was unquestionably a towering figure, whose legacy is still felt across the entire technological landscape today. More than anything else, he brought charisma to his field. As the leader of Apple, he was a rockstar, with ideas and ingenuity to match his larger than life presence. Even if you didn’t know the name of another single CEO in America, you knew who Steve Jobs was. His belief in simplicity and accessibility for Apple users seemingly made him a maverick in his field, and it wasn’t long before he was elevated as an icon both in the technology world and wider pop culture. Everything from his rhetoric to the way he dressed eventually became part of the fabric of American life.

But while Steve Jobs was undeniably a true visionary and an excellent showman, the same reasons he was so revered are also the same reasons why he is so reviled among many. Apple hatred at large is about more than Steve Jobs, yet a lot of it does come back to him. And it’s true that a lot of Apple’s worst controversies stem from the Jobs era. However, Jobs’ tenure as Apple’s CEO has also inspired derision for creating a culture that has often been referred to as a “cult.” And in the wake of Jobs’ death, people have increasingly started to call into question whether his magnetic, intense persona was such a good thing for Apple after all.

Jobs made a reputation for himself as a mysterious genius, always wielding the upper hand. Whether it was by quietly slipping in long user agreements containing lax privacy regulations without anyone noticing, or manipulating journalists into covering Apple the way he wanted the company to be covered, he was brilliant at manufacturing a very specific narrative. Jobs always had “one more thing” to add to the conversation, ready to knock you off your feet at a moment’s notice.

The ironic part, of course, was that by crafting an image for himself and his company which emphasized individualism, he ended up turning hordes of individuals into all out Apple-worshippers. “By thinking differently, Jobs placed himself squarely in the mainstream,” writes the BBC’s Kate Dailey, even though Jobs actually hated the “think different” campaign. “With the invention of the iPod and iPhone, Apple went from a quirky underdog to a global powerhouse. Its ubiquitous white earbuds were worn by both hipster artists and Wall Street suits.”

To some, this made it feel like Jobs had been sainted in such a way where it didn’t matter what he did—to hardcore Apple devotees, he was always their fearless leader. “The Internet era did not invent the idea of the benevolent CEO or the idealistic corporation, but Steve Jobs nonetheless embodied the notion that a boss can be controlling, punitive—yet also somehow liberating,” asserts Peter Hart at Fairness and Accuracy in Reporting. “Accounts of Jobs’ personal cruelty with employees are widespread—but can be turned into one more sign of genius.” Indeed, Jobs’ own biographer, Walter Isaacson, didn’t shy away from such incidents, yet Isaacson still remains in awe of him.

And if Jobs’ biggest fans treated him like some kind of religious figure, it also seems fair to say that he didn’t discourage any of this behavior. Forbes‘ Andrew Cave notes that there was almost a spirituality to his leadership style. “Jobs owed his famous intuition and creativity to an absolute belief in the value of intuition and his devotion to zen Buddhism and eastern spiritual philosophies,” Cave writes.

The mentality, then, of Steve Jobs as God, might come off as annoying to his detractors, but it was also undeniably part of his appeal. When Kanye West, a guy who has no problem proclaiming himself a deity, talks about looking up to Steve Jobs, it makes sense. This is also why, for many, Steve Jobs was Apple; this was a being who was bigger than himself, bigger than his company, and bigger than all of us maybe.

When Kanye West, a guy who has no problem proclaiming himself a deity, talks about looking up to Steve Jobs, it makes sense.

The inherent vanity in this is the reason so many have called out Jobs and his adoring cult. He was a stubborn man, known for making business decisions based off ideas for the type of products he would like to use, rather than holding to the common opinion that “the customer is always right” (not that this didn’t work out in the end, as Apple’s ongoing dominance proves). However, no matter how upsetting or amazing you find this behavior to be, it’s important to remember that Steve Jobs, the legend, should not be allowed to eclipse Steve Jobs, the man. “Jobs is a great marketer, and perhaps his greatest product is himself,” declared Fortune‘s Duff McDonald. “But he is human.”

Tim Cook, meanwhile, is not a guy anybody is going to mistake for being more than human. He probably won’t be mentioned in a Kanye West song anytime soon or end up having multiple movies made about him. But this may be for the best.

Whether it was because he was Steve Jobs’ successor, he was gay, or whatever other silly reason, there was a resounding fear during the beginning of Cook’s turn as Apple’s CEO that he would not measure up. Cook became the underdog at the company that redefined what an underdog is, and he’s exceeded most every expectation people had about him, as this week emphatically proved.

Venture Bright’s Chris O’Brien was among the many who praised Cook’s triumphs at Apple this week. “Since Tim Cook became chief executive of Apple back in August 2011, his every move (and non-move) has been subjected to intense second-guessing and scrutiny,” O’Brien writes. “Floating above all this has been the big question: How will he measure up to the man he succeeded, Steve Jobs? Here’s your answer: Who cares?”

Indeed, it seems that the question of whether Cook can compare to Jobs is becoming less and less important. Moreover, according to those such as ValleyWag’s Dan Lyons, Tim Cook has now surpassed Jobs in terms of accomplishments.

When Cook took over in 2011, most people figured Apple would lose some of its magic. In a way that’s true. Apple is less interesting without Steve Jobs. Its events are not as exciting. Cook doesn’t have the cult leader charisma that Jobs possessed. When Cook took over, the conventional wisdom was that he would be perfectly fine, but bland, and that Apple’s momentum would carry the company for a few years and then things would start to fizzle out. I was one of the people who believed that. I was wrong… The last quarter when Jobs was officially the CEO of Apple was the holiday quarter of 2010. In that quarter Apple reported revenues of $26.7 billion and net profit of $6 billion. … Apple today is roughly three times its size when Cook took over.

Lyons warrants that Cook has outdone Jobs in the realm of social responsibility, too.

Cook also has come out and said what everyone knew, which was that he’s gay. He’s been a strong supporter for LGBT rights and led 5,000 Apple employees who marched in the San Francisco Gay Pride parade. He has expressed a commitment to sustainability, and when some dickhead challenged him about this at a shareholder meeting and said Apple should focus only on making as much profit as possible, Cook told him that Apple would do what was right and that if the guy didn’t like it he should get out of the stock. Cook has also ramped up Apple’s philanthropy, something that had languished when Jobs was in charge.

In addition to these myriad achievements, many have lauded Cook for redefining, and some would even say fixing, Apple’s culture. “Much has been written about the brilliance of Steve Jobs and the iconic company that he built,” notes Paul Spiegelman at Inc.com. “But I’ll always have an asterisk by his name in my book of great leaders because he didn’t always treat his own people with a sense of dignity and respect. Jobs’ achievements at Apple came along with a command-and-control leadership style, and a take-no-prisoners attitude toward both his employees, and business enemies.”

Spiegelman goes on from there to talk about how Cook has changed this way of doing business. “Tim Cook’s the new sheriff in town at Apple, and he is doing things that were blind spots during the Jobs era,” Spiegelman writes. “Cook is also making business moves that show Apple’s new softer side. He recently announced that one Mac computer will be made in the U.S. instead of China, amid concerns about working conditions there. And he’s less litigious than Jobs, seemingly working to settle lawsuits instead of starting them.”

Looking toward the future, Cook’s place in Apple’s history only seems to be getting brighter. He’s made bold moves like focusing on wearables—and has even set himself apart by dismantling part of his mentor’s legacy via his willingness to create bigger devices.

However, this is also precisely why it’s time we all stop applauding Tim Cook’s for managing to step out of Jobs’ shadow. Everyone appears to be doubly impressed with Cook because he’s just like the rest of us, and he brought a kind of genuine, relatable humanity back to his company. However, this misses the point of Cook’s contributions to Apple. It doesn’t matter if Jobs was a God and Cook was a mere mortal. He’s phenomenal at what he does, regardless of who his predecessor was, and that’s what counts.

So here’s to recognizing Jobs and Cook as great men in their own right. It’s not a matter of “better,” it’s a matter of “different.” We would all be wise to stop thinking of one as the master, and the other as the apprentice who became the master, because as history will surely show, they both made mistakes, suffered setbacks, and ended up icons. And in a world where everyone wants to be an icon, that’s a big deal, no matter who you are.

Photo via marthinishi/Flickr (CC BY 2.0)