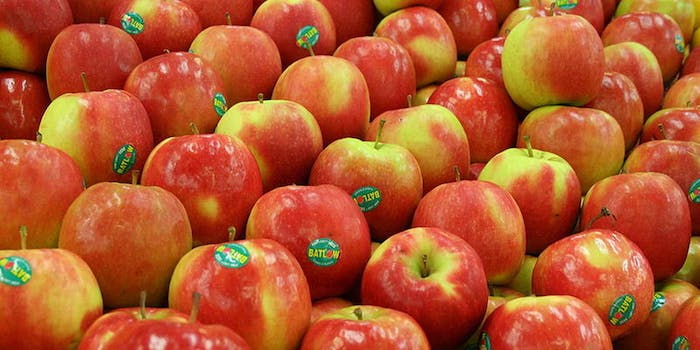 The secret to peeling apples is a power drill

An apple a day keeps something something power tools are fun.

As the old saying goes, ?When all you have is a hammer, every problem looks like a nail.”

Usually, this is meant as an insult. Different problems require different solutions. But, sometimes, literally diving into one’s toolbox is the best way to solve a seemingly unrelated problem. Take peeling apples, for example.

Peeling large quantities of apples can be a huge hassle. The process is laboriously slow, tough on the hands, and pretty much the opposite of exciting. That is, of course, unless you use a method that involves power tools.

In a video posted to YouTube earlier this week, which then took off in popularity when it floated to the top of Reddit’s r/videos forum, a user going by the handle OnlyAMuffin showed how his dad peels apples at their family’s restaurant.

In a comment on the video’s associated Reddit thread, OnlyAMuffin said that the apples are used for baked goods at the restaurant. The peeled apple skins are given to a local ranch so they’re not wasted.

We can now add peeling an apple to the growing list of lifehacks showing how every basic thing we’ve been doing our whole lives is wrong—from taking off a shirt with two hands to drinking soda through a straw.