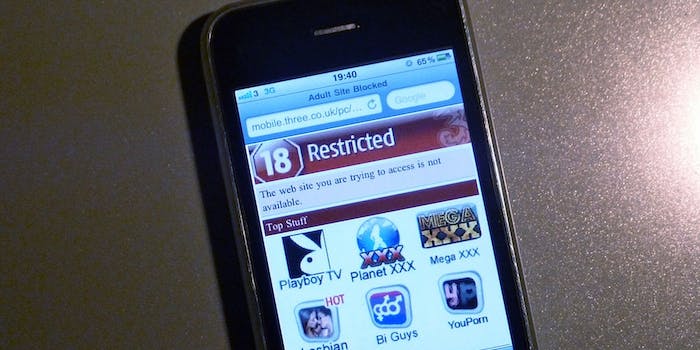 The former attorney believes that the tech company's products should restrict access to adult sites.

Chris Sevier, a former attorney, filed a 50-page complaint in mid-June alleging that the tech giant does not properly prevent its users from accessing pornography and declaring, rather, that the company should “sell all of its devices ‘safe mode,’ with software preset to filter out pornographic content.”

No word yet as to how much money Sevier is seeking in damages.

Among them, he wrote is a certain “unfair competition” going on between the actresses he sees on his screen and the wife he sees in real life.

Circa reports that Apple has not yet responded to the complaint filed against them. Sevier has not practiced law since he was placed on “disability inactive status” in December 2011.

His sexual prowess, it should be noted, went on “disability inactive status” much more recently than that.