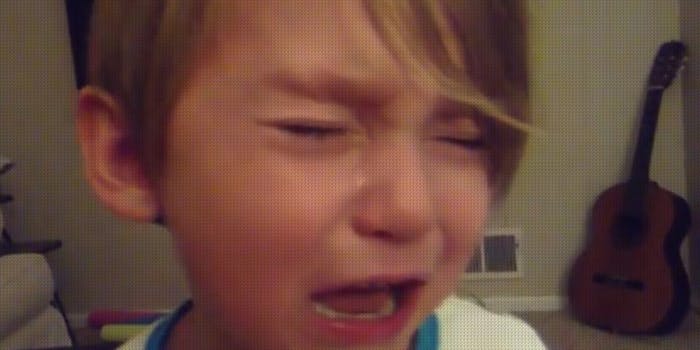 Don't worry, kiddo. We've all been there.

If you suspected that iOS 7, Apple’s seventh version of its mobile operating system, was designed for toddlers, you may have just been proven wrong. According to a survey of one small child on YouTube, toddlers hate it too.

Derek Colling found that out the hard way this morning when he updated his son’s iPad mini to the latest version of iOS:

iOS 7 has caused countless headaches for users since it was released Wednesday, including the infamous “software update failed” error message. I would know: Not only did I receive that very same message, but it took more than four hours to update iTunes, play with my computer’s security settings, and extract the new software. By the end, I felt like throwing a tantrum, too, and I’m older than 3.

Shame on you, Apple. What kind of company makes a little kid cry?