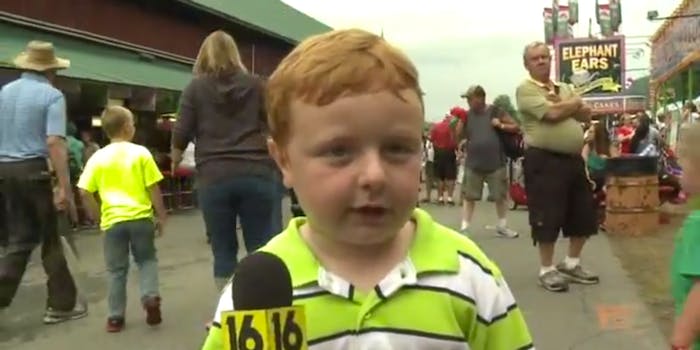 This kid steals the show during an interview

Apparently, there comes a time when you know straight away that you’ve come across greatness and you don’t know how to handle it. Noah Ritter’s local-news interview is one of those times.

WNEP’s Sofia Ojeda met Ritter while she reported at the Wayne County Fair, and initially he was more focused on the fact that he was on live television for the first time in his life to answer Ojeda’s question. And then it got even better.

He may just be 5, but he already found his favorite word.

We may not have a future reporter in the making—the soon-to-be kindergartner wants to be a paleontologist when he grows up—he’ll be a great spokesperson.