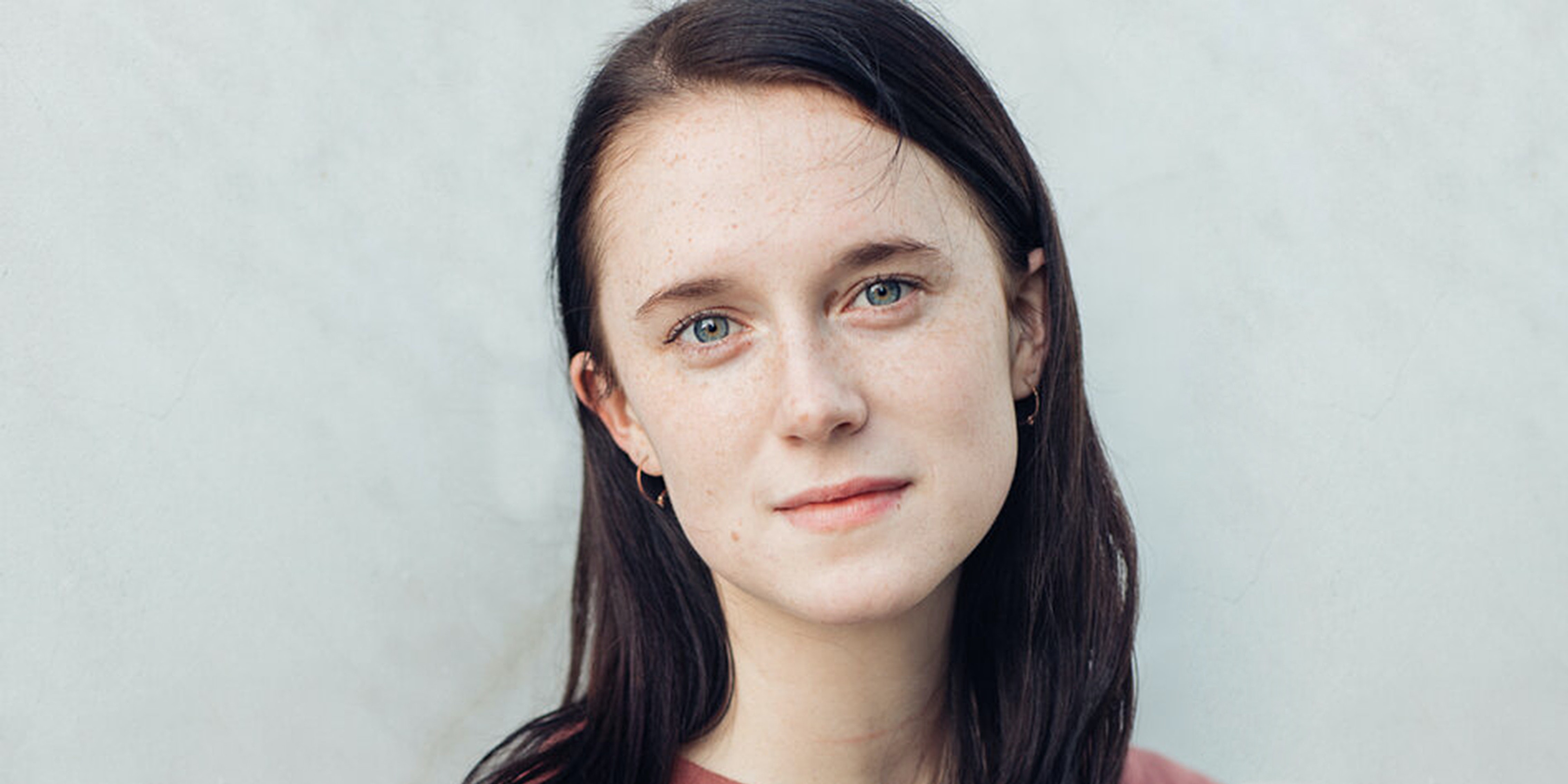 ‘The company did so little to protect her’: She was a fictional teen TikTok star. Then she got found out

Nancy Kimball received backlash for playing the teen daughter of a murderer.

In April, Nancy Kimball, a 23-year-old actress, was called out on TikTok for “impersonating” a minor on the account @antialice.

Kimball had disclosed to a childhood friend, Rae, that she was working on an acting project that involved TikTok. She hadn’t given details to her friend, as she says she’d signed an NDA, but soon after, the friend found the @antialice TikTok account. Recognizing Kimball, who was acting as a 17-year-old, the friend raised some red flags in a viral video that reached 1 million views, sparking a brief but messy controversy.

Unbeknownst to Rae or other outraged viewers, Kimball’s Alice character was one of several fictional accounts connected to the digital media company FourFront. (FourFront did not respond to the Daily Dot’s request for comment.) FourFront, which revealed its operations earlier this month, produces scripted narratives on fictional characters’ accounts. The characters are played by real people, with storylines including, among others, Sydney, who exposed her sister’s fiancé’s infidelity; Butler Darren, a billionaire’s assistant; and Ollie, a trans man reconnecting with his estranged, trans father. Speaking to TechCrunch, FourFront co-founder Ilan Benjamin said the company isn’t trying to mislead anyone. However, the case of @antialice is an example of how, regardless of intention, viewers can be duped anyway. And when angry audiences wanted answers about the Alice account, FourFront, still hoping to keep its existence under wraps, did not come forward. Instead, Kimball tells the Daily Dot that she fielded the complaints herself and had no one at the company to turn to for support.

The fictional Alice was a troubled teen with a murderer father and a fear of inheriting his dark side. The person running the account engaged with viewers’ comments as though the stories were real.

In her video, Rae raised concerns that Kimball was “lying to minors for money” because of comments from purported teens praising “Alice” for punching a bully and sharing her struggles. While Alice’s videos (and subsequently, comments) are gone, a search on TikTok for “antialice” shows a couple of stitches from people who presumably believed the narrative and shared their own, similar experiences with violent dads. It’s unclear whether the account was clearly marked as fictional (all of FourFront’s current characters have some disclaimer on their page now), but Rae said at the time that the videos weren’t labeled.

“Nowhere in any of her TikToks does she say that these are all fake stories and that she’s not actually 17,” Rae said in their TikTok.

None of these details were in Kimball’s control, she says. She wasn’t in charge of the actual account nor did she have access to it. (FourFront’s team, not its actors, runs characters’ accounts.)  She says she filmed herself performing what was written for her and uploaded the clips to a Google Drive where someone else would take them to post on TikTok.

However, since no one else knew about FourFront yet and she was apparently unable to speak about it because of the NDA, Kimball was the only person people could point to as someone to blame. And blame they did.

Kimball remembers the day her friend exposed the Alice account. (“It was Earth Day,” she says.) She was on her way to her day job at a health food restaurant when her phone started blowing up. People in her life who had seen the videos were wondering if the accusations were true. She tells the Daily Dot that she texted FourFront’s production manager to see what happened and was told to make her personal social media accounts private. FourFront turned comments off on the Alice account, privated the page, then deleted it entirely. She left work early and hopped into a Google Meet with the company’s founders, the production coordinator, and her own manager.

As she was being figuratively canceled online amid backlash, FourFront literally canceled Kimball’s character, Alice, after her pilot season.

Clearly, they couldn’t continue after deleting the account, although Kimball recalls that, before the incident, she was excited because she had seen the account accumulated enough followers (she estimated close to 20,000) to potentially get renewed. Alice is not alone in being discontinued—FourFront only greenlit nine full series out of 22 launched characters. However, it appears that Kimball’s character went out the hardest.

When the controversy was happening, Kimball says an executive called her “stoic.” She describes the situation as “weird” but not traumatizing. She avoided reading comments.

“I wasn’t in danger,” Kimball says. “It was like a very weird week and you know, proceeding weeks.”

Kimball’s support system at the time, her boyfriend and roommate, describe the situation a bit differently. Both express frustration that Kimball was left to fend for herself.

“It was frustrating as someone who loves Nancy to have people constantly calling and DMing her, making assumptions about her motives and disposition, when in reality she never actually had access to the account in question,” says Coby Olson, Kimball’s boyfriend. “What was more frustrating is that she was not able to legally defend herself at the time, forcing her to allow the false narrative of her person to spread on the internet.”

Kyndall Sillanpaa, Kimball’s longtime friend and roommate, says people posted Kimball’s phone number, towns she’s lived in, previous schools, photos with her dad, her dad’s work information, and even photos of the two of them from high school. Kimball also says that people called her manager to get her fired, which they say didn’t work. Sillanpaa says people close to Kimball worried for her safety.

“All that was offered as a solution to this situation was for Nancy to make her social media private, take down her acting website, and report comments and videos about her,” Sillanpaa says. “The company did so little to protect her through a situation they made. FourFront made it clear to me that it was more of a priority for them to protect their own image than to protect the image of a young actor being forced to bear the brunt of an entire company’s shortcomings.”

According to the 18-month-long contract, which was reviewed by the Daily Dot, the “Producer” pledges to “authorize Talent to publicly disclose” the fictional TikToks when her “safety is at risk.” But it does not outline whether the studio itself will intervene publicly. In the event that she was asked about her relationship with FourFront, the contract stipulated that she was authorized to say: “I am playing a character for a TV-like series set on social media.”

When asked about the support FourFront provided when she was subject to harassment and backlash, Kimball says there wasn’t a structure for when things went awry. She added that in a conversation with FourFront, it emphasized keeping the project a secret and to not tell anyone the name of the studio.

“There was kind of a thing about if the situation becomes severe or intense enough in that, like, my image is threatened or my safety is threatened, whatever, they will make a public statement about it,” she says. “They will take credit and if not, like, the lesser version of that is I will get a statement that I am allowed to say about it. And then none of that happened.”

The contract also shows that Kimball’s pilot season was slated to run for “20 short videos,” and that each “season” would consist of 8 episodes—each made up of up to 30 short videos. The season would be filmed, the contract estimated, “over the course of one (1) year.” For compensation, the contract offered $200 a day plus a 10% agent fee, and wrote in bonuses based on performance. She emailed the Daily Dot a pay stub for $880, and says that was the entirety of her compensation for the project.

Kimball says she didn’t feel like she was in a powerful enough position to push back on anything or demand FourFront clarify the situation with news sources. Overall, she says she had a positive and encouraging experience with the company up until the controversy. But now that the company has revealed itself, she wants to “demystify” what happened in the spring and bring clarity to people who were hurt by her character. She also wants to take her integrity back.

Kimball says she received a phone call from an upset Alice fan during the incident. She says they talked for a “really long time” and she apologized for her role in the pain caused by the Alice account. However, she wasn’t able to direct this girl to anyone at FourFront.

Kimball takes responsibility for upsetting and hurting people with the Alice character, but says other apologies need to be issued too. She empathizes with the woes of a startup and understands that nothing was going to be done perfectly. However, she was fielding calls from upset viewers with no one to go to about it at FourFront.

Kimball thinks the Alice incident was a learning experience for all involved parties. She says that it’s important to respect audiences, who are the ones investing time and emotion into the characters, by allowing them the ability to suspend disbelief. Blurring reality and fiction, on social media, can get ethically dicey.

It’s unlikely FourFront will have to deal with this situation again since it’s no longer operating in secret. It’s unclear if the company has updated or assessed its policies on protecting its actors since the Alice debacle. It appears FourFront has gotten better at marking its content as fictional in videos and in profile bios. Benjamin told Fast Company that the company aims to be mindful about what narratives they’re pushing onto young, impressionable audiences, and it is pivoting away from stories that could make audiences feel like their sympathies are being exploited.

As for Kimball, she says that the incident hasn’t impacted her career too much, as she has landed jobs since. She says it has mostly affected her relationships with her peers from her theater program at New York University, people she’d want to work with in the future, because it left a bad taste in their mouths. However, she’s taking this as a lesson for what kind of jobs she’d work on moving forward.

“I never want to do work again where it’s not clear cut, where there feels like there’s like any sort of deception,” Kimball says. “I think the idea of not knowing whether or not something is real or fake is super exciting in theory. I think it does not play out well.”

Correction: An earlier version of the piece included a misspelling of FourFront.