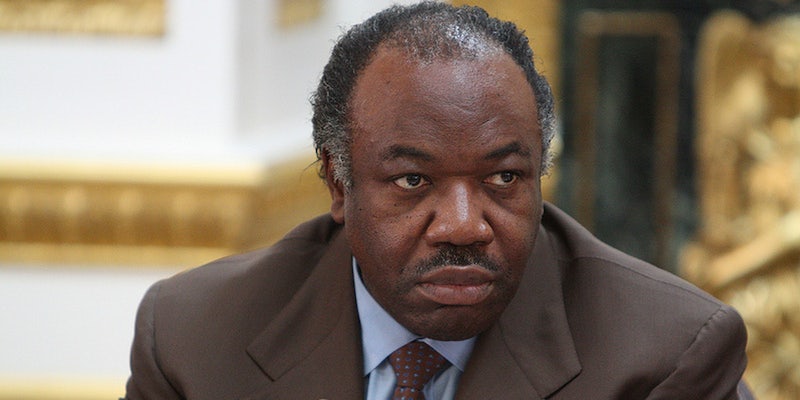 Organizers of #OpGabon called the nation a kleptocracy, and its president, Ali Bongo Ondimba, corrupt.

As part of an operation called #OpGabon, the hacktivist group Anonymous took down the website for Ali Bongo Ondimba, the president of the West African nation of Gabon.

The operation was launched in April as a criticism of superstition—which in Gabon takes the form of ritual killings and the sale of human body parts for magic—and of corruption. The country is a Bongo-family enterprise, the current president’s father having ruled before him, for over 40 years.

#OpGabon started with tweetstorms and petitions, which eventually forced Bongo to admit the ritual killings were real.

But on Monday, Anonymous took it up a step and hacked the president’s site, though it has since been restored.

The original campaign focused primarily on the ritual murders. This one seems to focus more on issues of corruption.

In its latest statement on Pastebin, from June 13, the group said, “Gabon is your typical kleptocracy: the country is rich but the people are so poor that families are forced to pick from the garbage in landfills to eat, of course except for the very few, like Ali Bongo and his family, who control all resources along with their friends from abroad.”

The group is planning another tweetstorm on #CorruptGabon and is encouraging people to flood the presidential residence, email and fax number with statements of complaint.