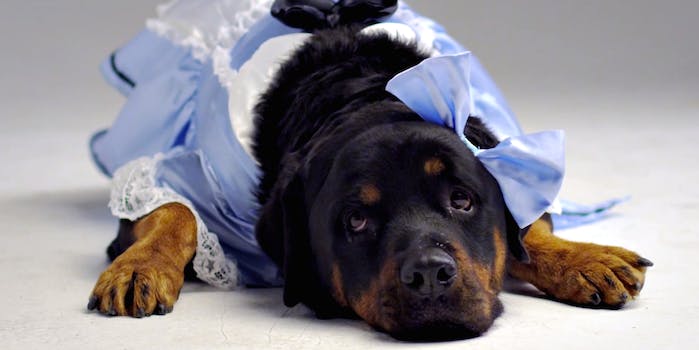 Angry dogs show off their softer sides in costume

Most dogs are just really just big softies inside, no matter what they look like on the outside.

To show off the happier side of these pooches with features that naturally make them intimidating, they were put into cute costumes that truly let them shine. No longer is the focus just on the dog version of resting bitch face but rather how well they clean up.

The end result is just what you’d expect from dressing up a bunch of dogs in outfits. Sure, they’re all cute when it comes down to it, but they’re still able to make their personalities shine, especially when they’re shown in slow-motion. And some just aren’t fans of dresses and hats.

It’s their costume party, and they’ll bark if they want to.