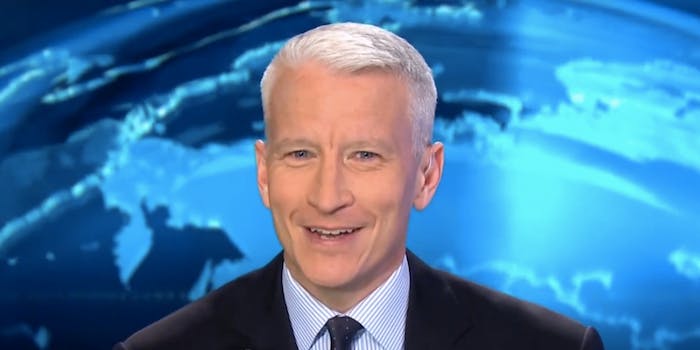 Anderson Cooper reports on serial pooper for sh*ts and giggles

Anderson Cooper managed to keep a relatively straight face while doing a piece on Houston’s serial pooper—a man who’s doing exactly what it sounds like in people’s front yards in the dark of night—during his show last night.

Pooper—er, Cooper—manages to fit in half a dozen crappy puns, from “steaming mad,” “Houston’s number 2 priority,” and “wipe themselves clean” before concluding with a classic Saturday Night Live clip with Will Ferrell. During the entire bit, Cooper is clearly amused, but he only really loses his composure as he delivers this line from the 1:15 mark:

“But with this story, just when you think you’re done, you realize there’s still a little bit more left to go,” he says, before adding a grimaced “Oh god.” (We can only assume he’s referring to the gods worshipped at the porcelain throne.)

So thanks, Anderson Cooper, for dropping a load of laughs into our morning news. We know you’re just doing your duty, but we appreciate it nonetheless.