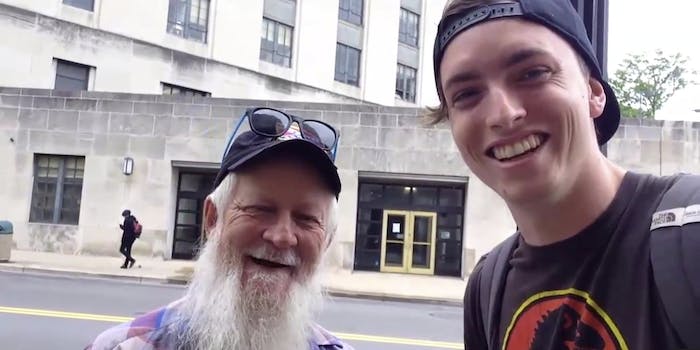 Australian accents are not an American specialty.

After the popularity of the embarrassing-to-Americans G’day Mate! How You Going?, YouTuber Kieran Murray has blessed the world with a sequel. The concept: To travel around America and ask people to say “G’day Mate! How You Going?” in an Australian accent. We’d like to think that, from hours of footage, these are merely the worst of the bunch—but we know it was probably all quite bad:

People in New Orleans were generally too intoxicated to successfully repeat the sentence, which means they might win by default, if it weren’t for the fact that a large group of schoolgirls from Tennessee not only managed to say the phrase correctly, but did it well.

Texans either didn’t respond at all (a man on 6th Street gives his impression in the form of a speechless dance), or had to ask for clarification on what Murray was saying.

An extended cut of the original G’Day Mate! How You Going? ended up being released, so maybe we’ll get even more footage of our country embarrassing itself and/or being extremely drunk in the near future.