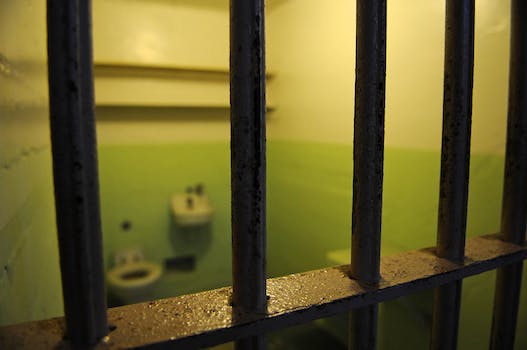 Romney elaborates, noting that Americans are afforded “certain rights” when they face criminal charges and asks, “Are we not going to lock people up who commit crimes?”

But Romney ignores, even dismisses, the fact that the United States is still the most imprisoned country in the world. By 2010, the American prison population reached 2.2 million, having surpassed Russia back in 1991, two years after the fall of Communism. According to The Sentencing Project, of that 2.2 million U.S. prisoners, 900,000 were black.

The media attention to Baltimore last week exposed the significant inequality present in how people of color are policed in the United States. Even President Obama commented in his remarks about Baltimore, “This is not new, and we shouldn’t pretend that it’s new.”

Indeed, the lopsided enforcement of the law in communities of color can be traced to the War on Drugs of the 1980s, if we’re being conservative. (If we’re being real, as far back as whites settled the “New World.”) Romney might not be aware, but mass incarceration is real, and it’s killing the black community in America.

Here are just three of the many reasons it’s time to clean up our broken prison system.

It’s true that the overall crime rate has fallen since the 1980s, but that has very little to do with the amount of people who are imprisoned. In a recent study by the Brennan Center for Justice at NYU, it was shown that, since 2000, the effect of increasing incarceration of the American population had “essentially zero” effect on the crime rate.

In fact, the Sentencing Project published another study finding that three states that substantially decreased their prison population—like New York, New Jersey, and California—also saw a significant decrease in violent crime during that period.

Allen Bullock, the 18 year-old pictured smashing the window of a Baltimore Police windshield, who became the first symbol of the city-wide protests, turned himself in to authorities after his stepfather persuaded him to do so. Bullock, in turn, faces eight criminal charges, including rioting and malicious destruction of property, and is being held at $500,000 bail—more than the six cops charged in the murder of Freddie Gray, and more than his family can afford. Bullock may also face years in prison.

In “Race and Punishment,” the 2014 report published by the Sentencing Project, blacks and Latinos were more likely than white defendants to be denied bail—or, as in the case of Allen Bullock, “be imposed to a bond they cannot afford.” The study finds that “[r]acial minorities are often assessed to be higher safety or flight risks because of their lower socioeconomic status, criminal records, and because of their race.”

This discriminatory practice provides context for the staggering rates of black Americans who remain imprisoned. While blacks make up only 13 percent of the U.S. population, they constitute 40 percent of the prison population—a percentage profoundly higher than the number of black South Africans imprisoned during Apartheid.

At this point, it seems like it’s common knowledge that the black population in America faced discriminatory sentencing in the War on Drugs. The most prominent example of this is what is known as the 100-to-1 rule, a law passed in the 1980s that mandated a 10 year sentence for anyone in possession of 10 grams of crack-cocaine. According to the New York Times, that would be the equivalent weight of a candy bar: “To get a comparable sentence, a dealer selling powdered cocaine would have to be caught with 5,000 grams, enough to fill a briefcase.”

And since crack affected predominantly black communities, you can imagine how this affected the rate of the black population in U.S. prisons since the ‘80s.

Communities with high rates of incarceration also have high rates of poverty and unemployment, not to mention the fact that they are highly racially segregated. It bears repeating that black communities deal with higher concentrations of poverty and have the highest rate of incarceration in the U.S. Often, when someone is released from prison, they return to those impoverished areas, with even less than they had before going behind bars.

You’re now branded a criminal, a felon, and employment discrimination is now legal against you for the rest of your life. It doesn’t matter how long ago your conviction occurred. It doesn’t matter if it was five weeks, five years ago, 25 years ago. For the rest of your life, you have to check that box on employment applications asking have you ever been convicted of a felony.

Convicted felons are also stripped of basic rights afforded to U.S. citizens, such as the right to vote, the right to serve on juries, denial of economic support, like food stamps and educational opportunities. Without these services, how can one be expected to move away from making money through a life of non-violent crime?

Being marked a criminal for life robs you of any social or economic mobility. On top of that, it’s a return to the same economic and social discrimination that black people faced during Jim Crow. Given the fact that roughly 1 in 3 black men will go to prison in their lives, this is a significant impact of mass incarceration on the economic lives of former inmates.

Mitt Romney lives in a bubble. To deny the United States has a mass incarceration problem is a harsh denial of not just reality—that’d be too easy to indict—but also of a legacy of racist legislative measures since the 1980s that caused America to have the highest incarcerated population in the world. While Hillary Clinton probably did use Baltimore to advance her political goals, at least she’s aware of a problem  in the United States that vastly affects the black community (one that, yes, Bill Clinton exacerbated in the 1990s).

It certainly sounds like we’re reaching a new state of awareness about the state of prisons in America, and maybe that will spark a change, a decrease in the country’s prison population.

Sorry, Mitt, mass incarceration is real. It’s time to do something about it.

Photo by Biggunben/Flickr (CC BY SA 2.0)