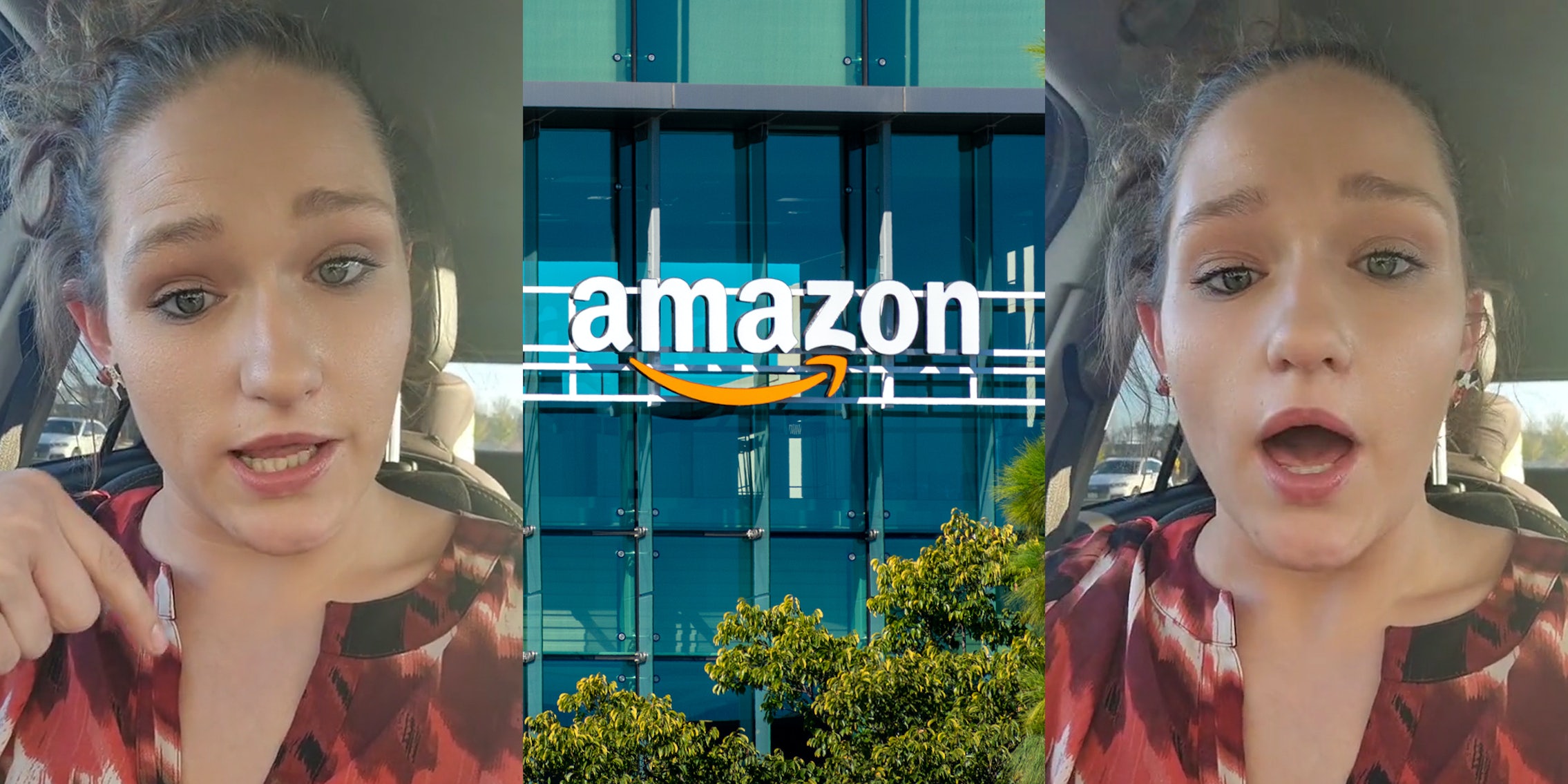 ‘Even brought resources from another facility to train us’: Amazon seasonal worker says she was asked to turn in her badge after one week on the job

Y'all wanna hear about the shortest seasonal position you've ever heard of?'

A TikToker sparked a viral conversation about the churn-and-burn nature of human resources and employee turnover at Amazon after discussing how short of a seasonal stint she was hired for at the massive online retailer.

In a viral video, user Brianna Widgeon (@_alittlebitextra) says that she didn’t even get to do any actual work for Amazon in her new role. Instead, she says spent the entire week training along with two other employees who were also asked to turn in their badges and vests at the end of the week.

“Y’all wanna hear about the shortest seasonal position you’ve ever heard of?” she starts the clip.

According to her TikTok, Widgeon says she got the job offer on a Wednesday, was asked to start on Monday, and was done by Friday.

“I started this Monday,” Widgeon says. “Oh, um, it’s Friday, and we just had to turn our badges and vest in because they’re done with us for the peak, for the season. So they literally hired three new people and we were in there a week. We didn’t even do any work because we were all training the whole week.”

Multiple outlets have reported on Amazon’s high employee turnover rates. In October of 2022, “leaked documents” purportedly indicated that the rate of workers leaving the company is double that of the industry standard at a staggering 150%. The story was first brought to light by Engadget, but a rejoinder from Amazon was also featured in Forbes.

According to Forbes, Engadget’s findings painted a “bleak” outlook for Amazon employees. Several workers for the trillion-dollar company have also penned their gripes on social media, along with those who work for other delivery services as well. It’s not uncommon for workers to be sent home when there aren’t enough packages to process, or asked if they would like to take voluntary time off. This means that depending on how many packages are going out in a day or the market one is working in, being an Amazon delivery employee isn’t the most stable of gigs.

Amazon ultimately called Engadget’s story “misleading” in the statement it shared with Forbes: “That said, they are most certainly early drafts that weren’t appropriately refined or vetted, let alone finalized. Basing articles on unverified documents—without knowing when they were written, if they were validated, or if they were later corrected – can be misleading, as is the case with the Engadget article.”

Even though there were plenty of TikTokers in the comments section of Bri’s video who expressed that they were currently employed with Amazon or had experience with the retailer, they still seemed shocked that she was only called in to complete training.

“That happened to me the summer of 2020. I only had the job a week. I had no time to do anything wrong,” one user wrote.

“Good lord. That’s freaking insane. So who is monitoring all the employees for the season lol,” another said.

“What was the point that’s the most expensive part the training to just let you go,” a third added.

Some speculated that they wanted to get her training out of the way and did this in order to call back on her for potential quick fill-in days down the line now that her training was completed.

However, Widgeon mentioned in the comments that she technically wasn’t even finished with the entirety of the training, but that she thankfully had another position with the company to go back to when she was asked to turn in her vest and name tag.

In an email exchange with the Daily Dot, Widgeon said that she was “grateful” for the opportunity and enjoys her current position as a ship dock employee with Amazon. She wrote the following statement:

“I have been a full-time employee for Amazon since May and I like my job. I work as a PG on ship dock. I put in an application for workforce staffing to become a seasonal SSA. I started training for that on Monday two weeks ago. We finished the training part within two days. We were shadowing the permanent SSAs for the rest of the week. On Thursday, we all had a meeting and we’re told we would be sent back to our original roles. So they didn’t fire us and we did finish training. We just thought we’re going to be there longer than a week. I’m totally fine with it now and thankful for the opportunity to learn something new!’

The Daily Dot has reached out to Amazon via email for further comment.