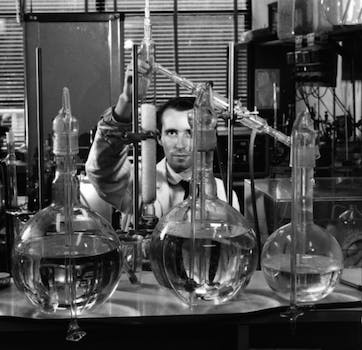 In the name of science — give me a break!

But at 1.5 million visits a month and 200 questions a day, the site’s 750 panelists have reached their limit.

“The energy and patience of our most valuable commodity (scientific expertise) is limited,” the forum’s moderator, TheWalruss, wrote in a recent post.

The problem isn’t just the volume of questions. It’s their quality.

As TheWalruss noted: “Even the most patient of scientists would be driven mad by trying to provide complete, correct, and fulfilling answers to the same question, day after day, from the quarter million different individuals who visit /r/AskScience every month.”

On top of the repeats, the subreddit has been flooded with joke questions and what TheWalruss calls “militant ignorance:” Redditors asking a question with an answer already in mind.

AskScience’s troubles are yet more evidence of Reddit’s growing pains. The site grew 300 percent last year, which has caused what many see as a precipitous drop in quality on the site’s home page and most popular subreddits.

This, in turn, has spawned a great deal of soul-searching and navel-gazing on the site, some of which we reported on this morning.

But until now, smaller subreddits like AskScience had been largely sheltered from the influx of new users.

So what’s the solution?

The same as it is everywhere, it seems: more intense moderation, and a plea for redditors to think a little before they post.

“Remember,” TheWalruss wrote, “[the scientists] owe you nothing, and are trying to help as best as they can, out of nothing but good will and the desire to make the world a better place.”

But despite the recent troubles, the moderator is still proud of the subreddit. It is, he wrote, “quite possibly the greatest place on the entire Internet for having real scientists answer anybody’s question, on anything.”

And he may be right. It’s easy to lose a few hours reading expert responses to questions such as “If I swat and kill mosquitoes, aren’t I just filtering out the ones slow/dumb enough to be killed, and selecting for the fast/smart ones?”

But before you decide to  jump in with your own question, just remember this simple scientific fact: scientists get tired, too.