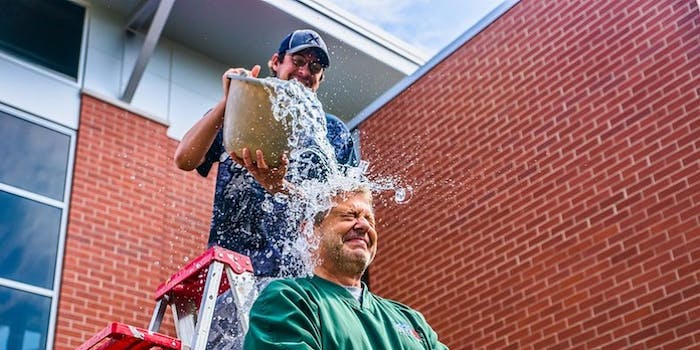 Corey Griffin drowned on Saturday after a diving accident in Nantucket.

On Saturday, Aug. 16, the world lost a great philanthropist in Corey Griffin, cofounder of the wildly viral ALS ice bucket challenge fundraiser. In a horrifying twist of fate, the 27-year-old’s life was cut short after drowning in a diving accident off the coast of Nantucket. Salon reports that Griffin dove off the roof of the Juice Guys building, a popular diving per perch on the wharf for locals, at 2am. He resurfaced only once, before being pulled underneath the water by waves.

After Griffin’s dear friend Pete Frates was diagnosed with crippling amyotrophic lateral sclerosis in 2012, Griffin began raising money for the cause. His latest venture, the ALS ice bucket challenge was the most successful. Sweeping through news feeds and social media and garnering celebrity attention, the challenge raised well over $22.9 million for ALS aid according, to the Independent. Griffin had just finished with an ALS fundraising event hours before his death, drawing in $100,000 in donations.

In an obituary in the Boston Globe, Griffin’s father, Robert, memorialized the spirit and sensitivity of his late son, who enjoyed a successful career at Bain Capital Ventures before beginning his own company, which was due to launch soon. “Corey always could sense whoever was in pain, whoever needed attention in whatever part of the room,” he told the Globe.

Pete Frates, the inspiration behind the ALS ice bucket challenge, wrote on Facebook, “Helping out was nothing new for Griff.” With the viral fundraising endavor showing no sign of stopping, Griffin leaves behind a legacy of philanthropy and caring that will shine on.