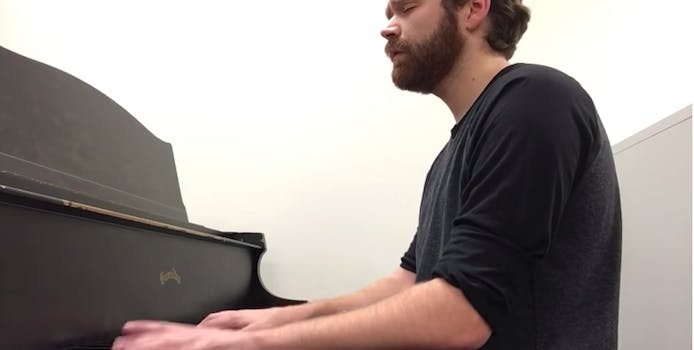 This piano version of ‘All Star’ will make you say ‘Hallelujah’

I heard there was a secret chord / that Smash Mouth played and it pleased the Lord.

Smash Mouth’s year 2000 hit “All Star” has taken on a legendary status in the meme world, largely because it arrived when today’s college students were little kids and because of its association with Shrek. It’s the perfect piece of sweet Y2K nostalgia, and that makes it one of the most remixed and mashed-up songs on YouTube. Case in point: this guy who contrasts the fun and whimsy of “All Star” with Leonard Cohen’s poignant, aching “Hallelujah.” Is it dumb? Yes. But it’s also brilliant.

Josh Jackson is a fairly obscure YouTuber who scored modest hits years ago with an original song about Batman and a cover of Taylor Swift’s “We Are Never Getting Back Together,” but “Hallelustar” may be his finest work.

Cohen has long been treated with reverence as a poet and singer, even more so since his passing in 2016. “Hallelujah” is his most popular work, and it’s widely accepted as the kind of song that people cry to. To mark the passing of Cohen and of Hillary Clinton’s bid to become president of the United States, Saturday Night Live‘s Kate McKinnon used it to open a show last November. It was corny and maudlin, but viewers wept.

Smash Mouth is a fun-ass party band that peaked in the first part of the 2000s, and mostly writes songs that put an upbeat, positive spin on life. “All Star” is the best known of these uplifting anthems.

Jackson’s combination, then, seems like it would be oil and water, but it’s not. As heroes like Smash Mouth cover guy Jon Sudano have long known, “All Star” goes with anything.

Jackson’s cover is great. It treats “All Star” with the seriousness and gravitas we always knew it deserved and Mssrs. Mouth and Cohen should both feel duly honored.