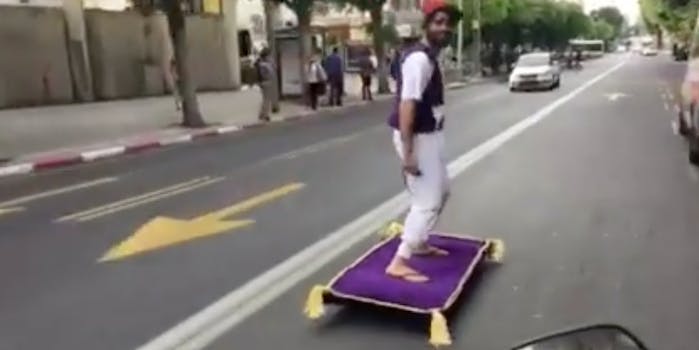 Does Disney know about this?

Who doesn’t love the magic carpet ride scene from Aladdin? Answer: Nobody. So why not recreate it on the streets of Israel?

The real magic here is how he manages to keep that fez on the whole time.

If you’re wondering how they managed to pull off the stunt, it’s probably the same way these guys did something very similar in New York back in October.

And although it’s way more high tech, somehow it’s still not as loveable as this guy who made his fake flying carpet out of one of those fake hoverboards and what appears to be a bath mat.

At any rate, we say keep it up, fake Aladdin. You’re our cubic zirconia in the rough.