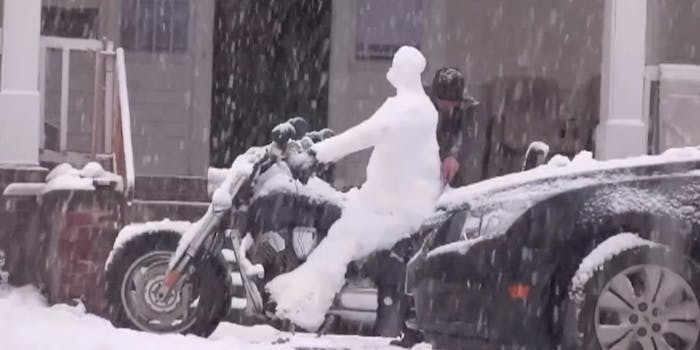 There’s so much snow in Alabama, someone put a snowman on a motorcycle

He's all dressed up with nowhere to go.

It’s not advisable to take out your motorcycle while blizzards rage throughout the southern U.S., but one abominable snowman isn’t going to let a little precipitation stop him from going out.

Down in Alabama, a resident took the opportunity to put his motorcycle to good use (along with saving his spot) by sculpting a snowman shaped like an actual human on a motorcycle.

His vision may be flurry, but he’s raring to go as soon as the roads clear—although, of course, that could be the end of him.

Roads? Where he’s going he doesn’t need roads—but it would probably help.