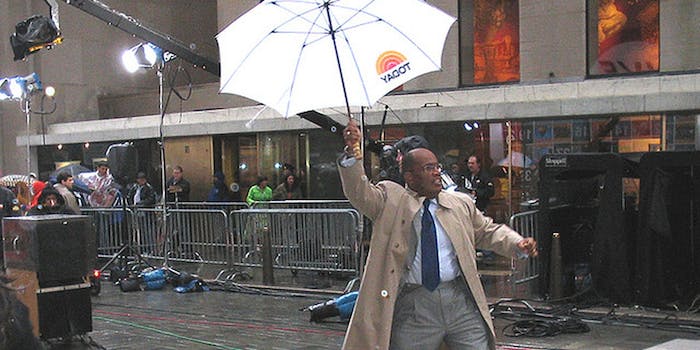 The Today show host admitted he's “Officially #TooOld” to be at a rap show—but not too old to hashtag.

On Saturday night, Today show weather anchor Al Roker attended a Drake concert in Hartford, Conn., with his daughter. Despite Drake’s reputation for being a sad sack, his shows are actually quite fun. Roker, however, expressed his displeasure by admitting he’s “Officially #TooOld” to be at a rap show—but not too old to hashtag.

In the six-second clip, Roker remains unmoved by Drake’s music. The fans losing their mind behind him do little to lift his spirits. He stays seated and doesn’t dare throw his #Starbucksdrakehands in the air.

Actually, the lighting in the clip turns him into a sort of Frankenstein, and in a six-second loop, it’s a bit terrifying if you look at it long enough. There’s still time to dress as Al Rokenstein for Halloween.

Maybe he was just having an off night: Al Roker’s actually pretty good at Vine.