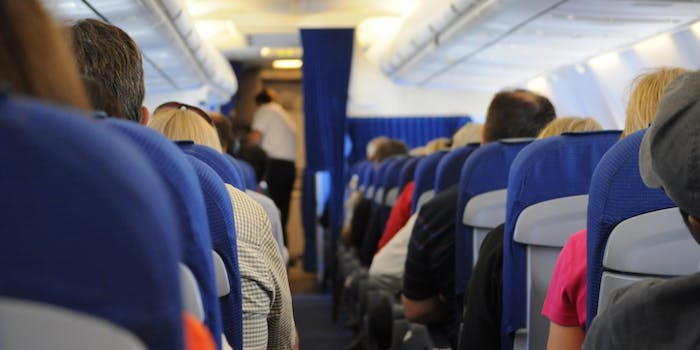 'This is like Marlboro coming out and saying cigs are good for your health.'

A study is being widely mocked online for claiming, according to two airlines, that the risk of becoming infected with the coronavirus while inside an airplane is “virtually non-existent.”

Released by Boeing, United Airlines, and the Department of Defense (DoD), the study relied on 300 airflow particle tests to identify how COVID-19 would move throughout a plane’s cabin.

United Airlines Chief Communications Officer Josh Earnest stated that the tests found that 99.99% of particles left the cabin within six minutes thanks, in part, to “aggressive ventilation.”

Regardless of the validity of the study, Twitter users were skeptical given that it was the airline industry claiming that there is nothing to worry about.

Others began inventing studies of their own, likewise run by questionable characters, in an effort to mock the findings.

Many also made references to the tobacco industry, which famously declared decades ago that its products were safe.

“In other news, a Phillips Morris study indicated that cigarettes reduce the risk of lung cancer,” @RoguePOTUSStaff added.

Some were much more straightforward, suggesting that the study only serves to protect an industry financially hit by the pandemic.

“’A study by the companies that make and fly the planes who are losing billions of dollars because no one is flying on planes says that people should fly on planes again.’ Lol I’m good,” @dyllyp said.

But the majority of users just appeared to enjoy mocking the study altogether.

“Going on walks and throwing tennis balls will make you rich, according to a new study by the dogs in your neighborhood,” @SortaBad said.

Experts have argued that the safety of air travel is largely unknown amid the pandemic given all the factors involved.