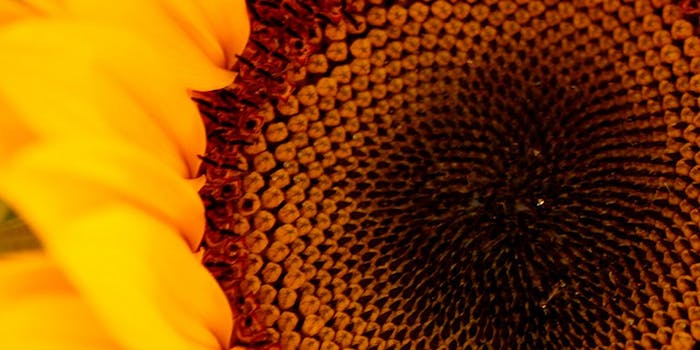 Using just a sunflower and the number 2, ICE agents located a predator and rescued a young girl.

In a race against time, two federal agents charged with fending off cybercrime found a photo of a man intent on raping an 11-year-old girl. The girl was asleep in the backseat of a moving car and the man posted photos of himself playing with her underwear and asking advice on how he should escalate his desires without getting caught.

The agents knew they had to find this girl. But how? The only clue they had was a photo of a backyard pool from another photo the man took and a blurry shot of a highway sign outside the car window.

CNN reported on how they used just two clues to rescue the girl from a sure attack. Special Agent Jim Cole told them that the road sign looked like a sunflower, which led agents to Kansas, where the sunflower is the state flower.

And the first number on the sign was surely a 2. But the other numbers were too blurred to be sure which road it was. “We began looking at the road sign. It really looked to most of us like a highway 203, and there was a highway 203 in Kansas, [but] when we got there, got off the plane the agent from Kansas said “it’s not 203, we just drove the whole highway, the sign’s not there.”

They then drove every highway with a “2” in it and finally, found the spot where the photo was taken. The man had thought he was anonymous, but now agents knew the general area of where he lived. The local sheriff was able to identify which house he lived in based on the photo of the swimming pool—and boom! Agents raided the home, found the man and the little girl, who was still wearing the same pajamas she was wearing in the first picture. She is now safe and back with her parents.

Former ICE Director John Morton, speaking in January, touted the success of this raid and subsequent ones—named Operation Sunflower after the Kansas case—that rescued 123 children. He added that some of the children rescued were as young as two years old.

CNN reported that already in the first six months of 2013, Homeland Security agents have rescued 337 child victims, and they’ve taken 964 alleged child predators off the street.