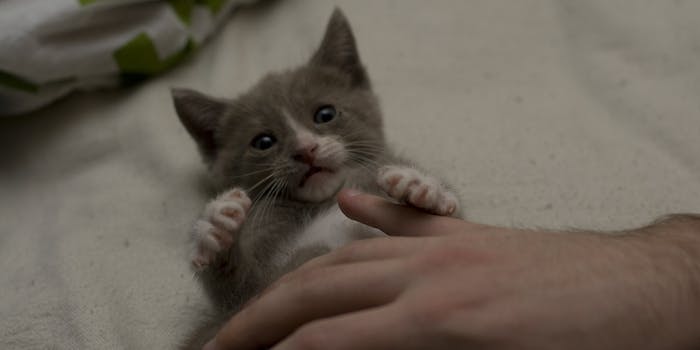 Let this tiny tabby shiatsu take you to a land where there is no pain.

Rough week? Has Daylight Saving Time brought on an early bout of Seasonal Affective Disorder? Are you still upset that the San Francisco Giants won the World Series? Has Taylor Swift going platinum caused you to lose hope in the future of the music industry?

Luckily, there is a cure-all solution to whatever hardship you’re experiencing. The remedy is free, it’s readily available, you can’t overdose on it, and even those with allergies can still enjoy it.

What is this magical elixir that’s too good to be true? One kitten giving another kitten a massage, also known as the most adorable thing you could ever imagine.

Not even the fact that this tiny tabby shiatsu was filmed in vertical video can detract from how gut wrenchingly cute these two are.

Photo via pinguino/Flickr (CC BY 2.0)