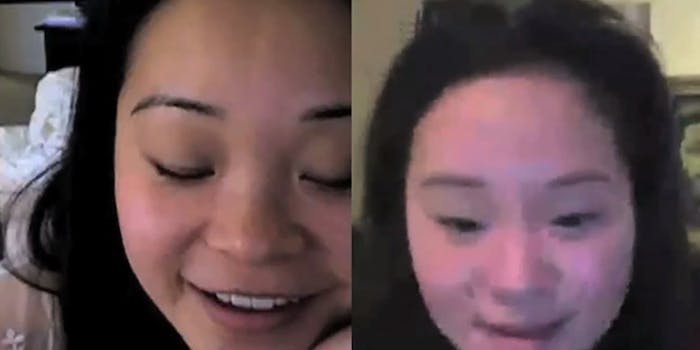 Anaïs Bordier discovered Samantha Futerman on YouTube, they connected on Facebook, and now they're Kickstarting their journey together.

It’s like the 1990s sitcom Sister, Sister but in real life.

On Feb. 21, 2013, Samantha Futerman, an up-and-coming actress living in Los Angeles, received a strange message on Facebook from a woman in France named Anaïs Bordier.

Bordier, a 25-year-old French fashion design student living in London, explained in her initial message that a friend of hers had seen a video that featured Futerman on YouTube and noticed a striking resemblance between the two. After some brief stalking on Google, Bordier found another video where Futerman talks about being adopted.

“I was wondering where you were born?” Bordier asked, noting that not only had she also been adopted but that they shared the same birthday.

Futerman didn’t freak out. Quite the contrary.

“[I] knew I was about to embark on a journey that no one else had ventured before,” she said. “Through just a few brief-yet-super-effing-loaded, Facebook induced, interactions, I was positive that this girl was in fact my biological twin sister.”

Now that the two have found each other, they’re looking to make a documentary about themselves—including their soon-to-be first encounter—and have taken to Kickstarter to make it possible.

According to their project page, the film—cleverly titled Twinsters—will show the two potential siblings as they travel across the United States and Europe, and will feature a series of video diaries and Skype conversations. Most importantly, Twinsters will also be there when the two take a DNA test to see whether they’re actually related.

Thanks to media exposure—they were featured on Good Morning America’s website and YouTube’s official Twitter account tweeted a link to their pitch video—Futerman and Bordier have already surpassed their initial goal of $30,000, raising $37,091 from 938 backers as of this posting.

Futerman and Bordier join a lengthy list of long-lost family members who have reunited thanks to the Internet. In 2013 alone, two siblings who had been separated by more than 65 years were brought together by an 8-year old, war-torn sisters found each other using Facebook, and a daughter tracked down her father on the same social network.