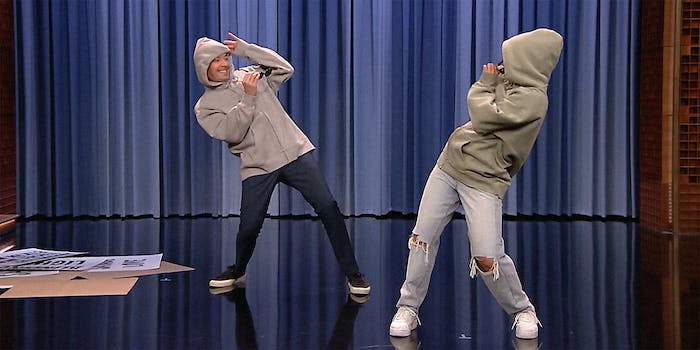 She demonstrated viral TikTok dances for Jimmy Fallon without crediting the original creators.

Viral dance crazes are a TikTok staple, but those moves don’t just emerge from nowhere. Often choreographed by little-known TikTokers, dances like “Savage” and the Renegade reach mainstream audiences without the original creator getting any credit. And since many of those creators are people of color, this raises serious questions about who gets erased from pop culture narratives.

This brings us to TikToker Addison Rae, a white singer/dancer who just demonstrated a bunch of popular TikTok dances on the Jimmy Fallon show… without crediting the people who made the dances famous. The video includes “Savage” (by Keara Wilson) and “Laffy Taffy” (by @waves.like.lines). Her performance inspired immediate derision—both because she failed to credit the choreographers and because she just didn’t measure up to their skills.

By appearing on The Tonight Show, Addison Rae brought these TikTok dances to a wider audience. She used that platform to profit from these dances without explaining where they came from. And most of the moves she demonstrated for Jimmy Fallon were invented by people of color. Rae has previously been accused of blackfishing, so this isn’t the first time she’s been criticized for this kind of behavior.

Update, April 1: Addison Rae, while approached in person by TMZ for a comment, said, “It’s kind of hard to credit during the show…but I support all of them so much. Hopefully one day we can all meet up and dance together!”

“They definitely deserve all the credit because they came up with these amazing trends,” she added.