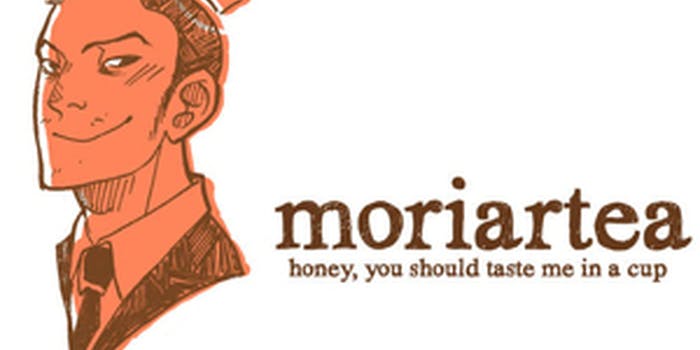 Online tea shop brews up something special for Sherlock fans

Adagio Teas caters to oniine fandoms, even featuring fanart on its packaging. Holmes-inspired blends for Sherlock Week are its latest big hit.

“I believe in Sherlock Holmes.” You may have seen this trenchant phrase in unlikely places around your hometown: scribbled on bathroom walls or scratched into concrete like the hope-giving bat insignia in The Dark Knight Rises.

For many fans of BBC’s Sherlock, the hit mini-series starring noted otter Benedict Cumberbatch and hobbit Martin Freeman, that’s exactly what it is: hope for the future of the popular miniseries, and connection with other fans.

But fans of Sherlock Holmes have been around for much longer than fans of his latest incarnation, and this week is their week to share the spotlight. Sherlock Week, which runs through August 5 in conjunction with the London Olympics, is an international event-filled fest with support ranging from the Baker Street Babes to Radio Times to the Sherlock Holmes Society of London.

And, strangely enough, they have support coming from an unlikely place: Adagio Teas, an online tea retailer that specializes in offering custom blends to users. For years, Adagio users have been quietly uploading their own artwork and inspired stories to go with customized blends dedicated to their favorite fandoms.

In the case of Sherlock fandom, the artwork of Adagio customer and fanartist Cara McGee was enough to cause an influx of interest near the beginning of the year that has yet to wane. Graced with her fanart, her various Sherlock mixes, with names like “Moriartea” and “Reichenbach Recovery,” now dominate the list of the site’s bestselling signature blends.

“I’m completely blown away,” McGee told the Daily Dot, “and so chuffed at the response. I’m glad I can contribute something to the fandom so many people like!”

Adagio’s Chief Technology Officer Ilya Kreymerman told the Daily Dot that the small company is thrilled with the success of McGee’s signature blends. “Every once in a while, someone comes in that’s really passionate about a topic, and it takes off. The Sherlock blends spiked about four months ago.”

“It was kind of weird because the people in the company are kind of geeky, so we’re usually aware of some of the trends, but this one took us totally by surprise. We’ve since become addicted to the show.”

When they heard about Sherlock Week, Adagio decided to tip their hat to Sherlock fandom by way of a discount on all Sherlock-related blends.

“The idea of the discount was a new thing,” says Kreymerman. “We thought it was a cute idea, and we started the promotion two or three weeks ago so people would get their teas in time for Sherlock Week.”

They even created a special Sherlock badge for users who buy McGee’s tea. “Adagio Teas, you’ve acknowledged my fandom with a freaking badge,” exclaimed tumblr user benedictumblerbatch. “I AM NOW A CUSTOMER FOR LIFE.”

This isn’t the first time Sherlock fandom has fueled a tea-related craze; in January, The Guardian reported that sales of a teapot used in the show had skyrocketed. Perhaps spurred on by the popularity of the teas, Sherlock Week Tea Parties are happening across the globe. And now the teas themselves seem to be spawning something of a mini-fandom, garnering reviews sometimes longer than what people typically leave on a fanfic. They even have their own tumblr tags and fanart.

McGee has gone on to make blends for The Hunger Games, Avengers, Good Omens, Doctor Who, and Harry Potter. Meanwhile, when asked what fandom he’d like to see go for a spin among the tea trays, Kreymerman suggested the popular Stargate franchise.

The Stargate fandom certainly has the following to make it happen.

Now all they need is a mantra like one of McGee’s bestsellers: #BelieveInSherlock.