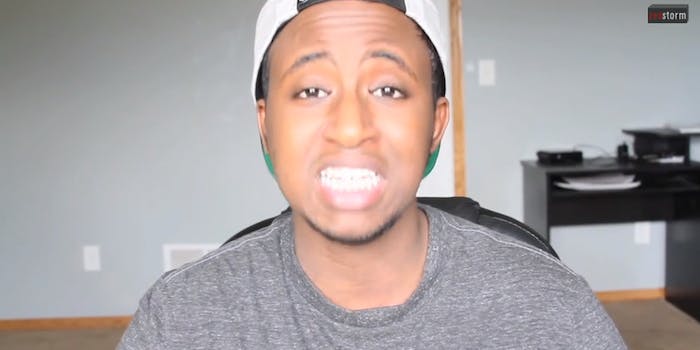 This man is not Aaron Paul, but the people he’s prank-calling don’t know it

When someone asks you to tweet your phone number, don't. No matter how famous that person is.

When someone asks you to tweet your phone number, don’t. No matter how famous that person is. Even if he’s Aaron Paul, Emmy-winning star of high-octane meth drama Breaking Bad.

Breaking bad thoughts? Concerns? Let me talk you thru it. Number please.

Some responders were smarter than others:

@aaronpaul_8 Um this week I’m NOT putting my # out there for the twitter universe to call pretending to be you. If you follow I could DM it!

And one of Breaking Bad‘s murderous Salamanca twins had a better idea:

@aaronpaul_8 Just come on over. I got a bottle of Whiskey. I’ll try to talk you out of doing crazy Shit 🍷🍷😉

But, OK, numbers were tweeted. Who knows what Aaron Paul did with them. We do know that some dude prank-called the digits, pretending (semi-convincingly) to be Aaron Paul and calling everyone “bitch,” which is really all the proof you need.

Almost all of my videos are aimed for comedy, however, this one isn’t. It’s more of an experiment. To these people, if they really believed that I was Aaron then theres no loss for them, a smile on there face was put that day. Sure I could’ve messed with his fans for a funnier video, but the last thing I’d want is for his own? fans, to get off the phone with me, & think less of Aaron. For everyone that I spoke with I kept it respectful and on a good note, & Im sure they even think more of him now

Ha, sure. Especially after seeing this and learning that they did something stupid because their favorite actor told them to, which led to some stranger humiliating them on YouTube.