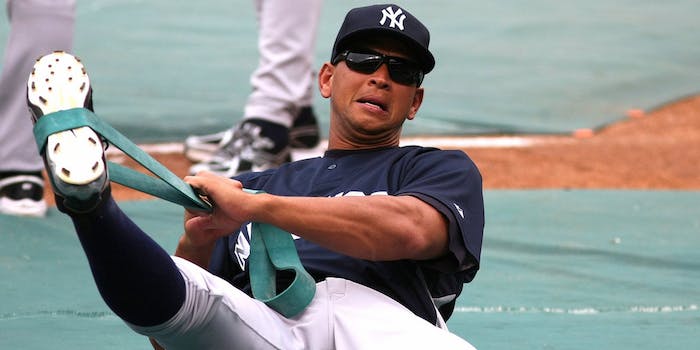 Some are finding it hard to forgive, and even harder to believe that's his actual handwriting.

Disgraced New York Yankees third baseman Alex Rodriguez is many things: a talented baseball player, a confessed steroid user, a father, a man. And now he can add letter-writer to his CV.

A-Rod issued a handwritten letter on Tuesday apologizing to his fans for being so generally terrible. More specifically, he addresses his suspension for using performance-enhancing drugs. 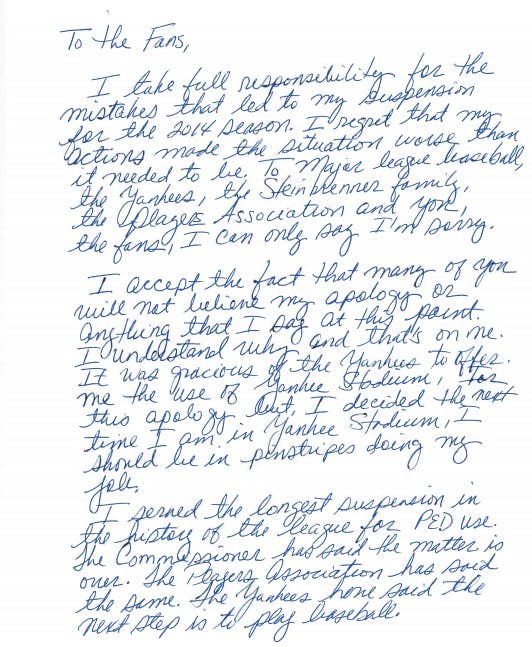 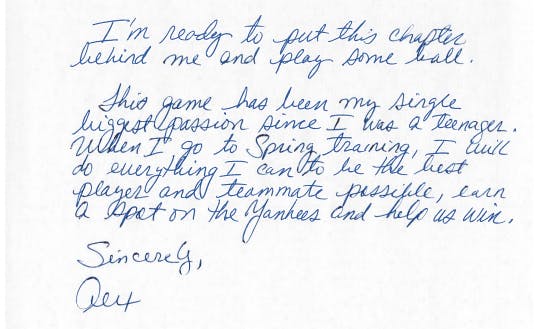 In case you can’t read his Dumbledore-esque scrawl, here’s the full text:

I take full responsibility for the mistakes that led to my suspension for the 2014 season. I regret that my actions made the situation worse than it needed to be. To Major League Baseball, the Yankees, the Steinbrenner family, the Players Association and you, the fans, I can only say I’m sorry.

I accept the fact that many of you will not believe my apology or anything that I say at this point. I understand why and that’s on me. It was gracious of the Yankees to offer me the use of Yankee Stadium for this apology, but I decided that next time I am in Yankee Stadium, I should be in pinstripes doing my job.

I served the longest suspension in the history of the league for PED use. The Commissioner has said the matter is over. The Players Association has said the same. The Yankees have said the next step is to play baseball.

I’m ready to put this chapter behind me and play some ball.
This game has been my single biggest passion since I was a teenager. When I go to Spring Training, I will do everything I can to be the best player and teammate possible, earn a spot on the Yankees and help us win.

This seems like a sincere apology, especially since he went to the trouble of picking up an actual pen and writing it on an actual piece of paper. But some fans doubt that he’s a man of his word. Some even doubt it’s his actual handwriting.

But we, as a city, and as a nation, must find it in our hearts to forgive. To forgive and forget that Alex Rodriguez is one of the worst things to happen to Major League Baseball.