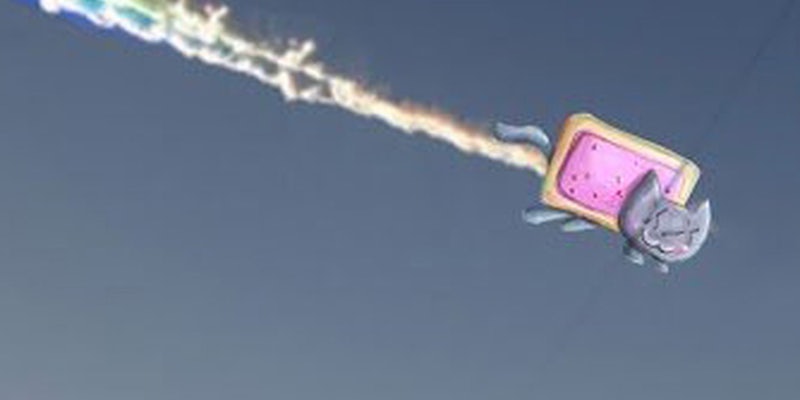 Inevitably, the Internet has meme-ified the meteor that injured over 900 people in Russia Friday.

Stunning videos and photos of a meteor blazing across the Russian sky were not enough to keep the Internet occupied.

The meteor was captured traveling 19 miles per second Friday morning before landing near the city of Chelyabinsk, Reuters reported. About 950 people have been injured “mostly from shards of glass that shattered when the meteor entered the atmosphere,” the New York Times added.

The most popular YouTube video of the meteor has been viewed more than 1.5 million times in the past 12 hours.

While astrophysicists like Neil deGrasse Tyson try to figure out when another one of these natural phenomena will occur, and what can be done to limit damage, here are some memes to enjoy.

Russian President Vladimir Putin was behind it all along 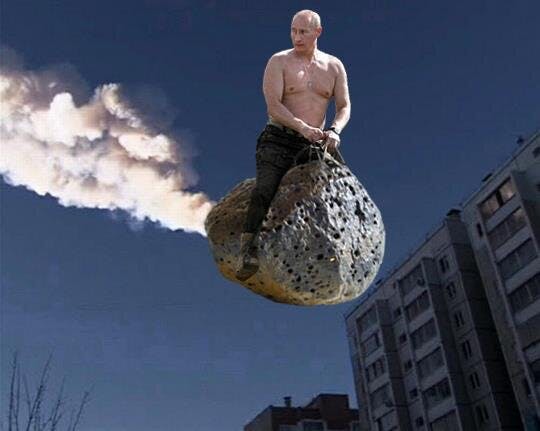 Attack of the Angry Birds 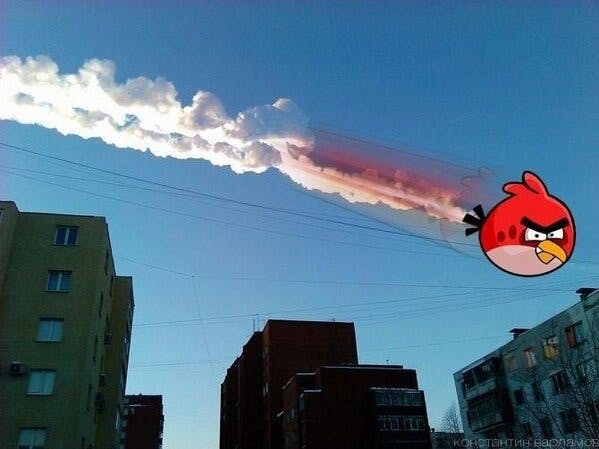 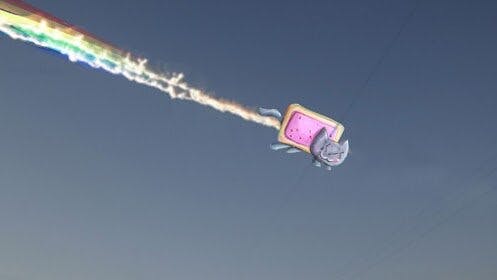 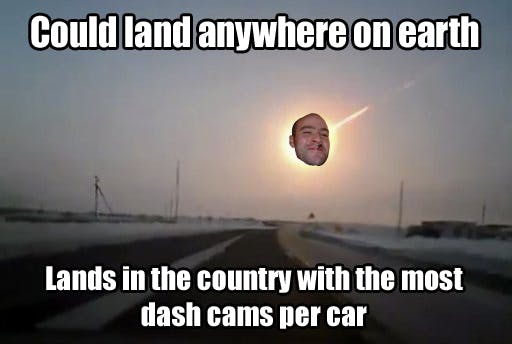 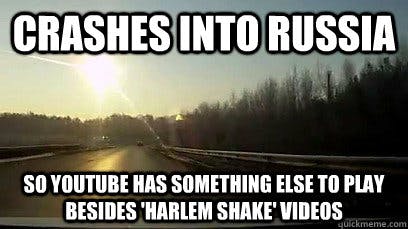 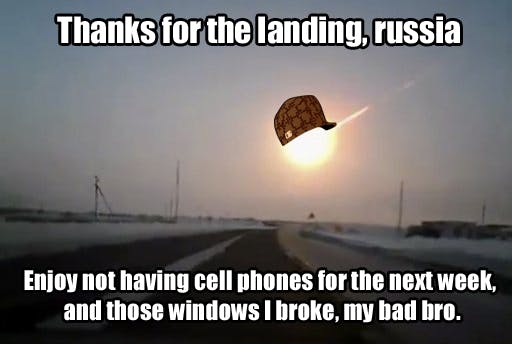