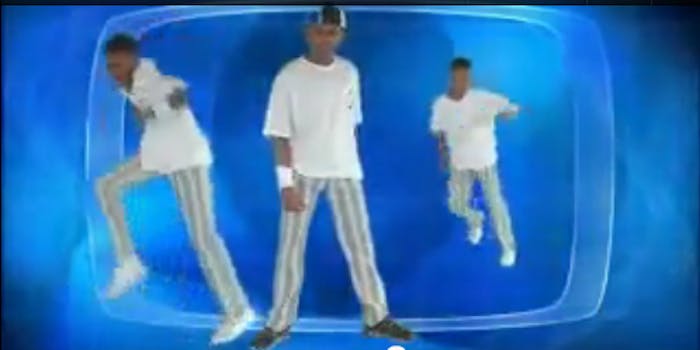 6 of Brazil’s weirdest and funniest memes

Here's a handy guide to some of the most popular memes in Brazil, courtest of Bia Granja's Memepedia.

This gringo admits to being fully ignorant of Brazilian Internet culture. But as Bia Granja, Brazil’s ambassador of memedom, will tell you, that’s not entirely my fault.

Memes are a cultural language. How could your average Brazilian, for instance, hope to understand why the phrase “All Your Base” was at one point the height of English-language Internet humor?

And how could any American hope to understand how a 16-year-old flashing his pecs has forever changed the meaning of the word “nipples” among Brazil’s youth?

Building bridges between islands of Internet culture is important. The number of Brazil’s Internet users among the fastest growing in the world. The country already boasts the second largest populations on Twitter and Facebook.

So in the interest of expanding global cultural understanding, here are six of Brazil’s most fascinating memes, accompanied by YouPix’s explanation.

Expression used as a replacement for “unfair”

This meme actually found its way to the largely anglophile KnowYourMeme, which describes it as “an exploitable catchphrase uttered by Georgia Massa, a Brazilian teenager who became quite upset after her favorite band Restart’s autograph session was canceled in Sao Paolo on April 28, 2010.”

Why we like it: The delicious pathos of dashed teenage dreams.

Skip to 1:27 in the following video to see Ms. Massa’s now-famous diatribe.

Videoclip of the funk song “I’m f*cking awesome”, the lyrics talk about “bitchery” and other [inapproporiate] stuff for the age of the singer (16 y.o.).

Why we like it: The hathos of teenage self-absorption. Also, double-clone dance off.

Why we like it: It’s like a horrifyingly bad version of OK Go’s “Here it goes again,” except the treadmills don’t move and the guys are wearing leotards—and they kiss each other.

It’s a mix between “Kurt Cobain Reactions” and “When you see it, you will shit bricks” that means a situation is tense.

Can be used as a set of images or individually as a slang.

Why we like it: See the sample image below to really understand how this meme works. If you’ve studied up on US memes, you’ll quickly recognize it as Brazilian facebomb.

19 second video shows a 16 years old boy talking about something controversial… and he shows his nipples. Example of nonsense Brazilian humor. “Nipples” became a synonym for controversy.

Why we like it: “Nipples” becoming a synonym for any word is pretty funny.