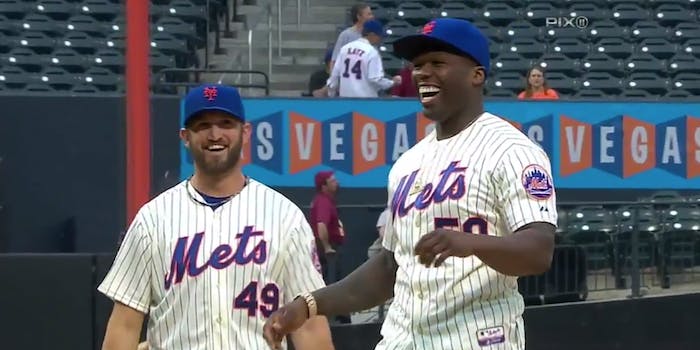 He should probably stick to his day job.

When it comes to the ceremonial first pitch at a baseball game, some honorees are naturals. And then sometimes you have this.

50 Cent was on hand at Citi Field to throw out the first pitch before the Mets faced the Pirates. He was also promoting a concert at the stadium. As it turns out, the rapper doesn’t have much of a throwing arm.

It might not be the worst first pitch of all time—Carly Rae Jepsen, Cincinnati Mayor Mark Mallory, and Mariah Carey are just a few that make 50 look like Nolan Ryan—but it’s at least the worst one in recent memory. He still managed to smile afterward.

Luckily for the Mets, the first pitch doesn’t count, and they managed to beat the Pirates 4-2.