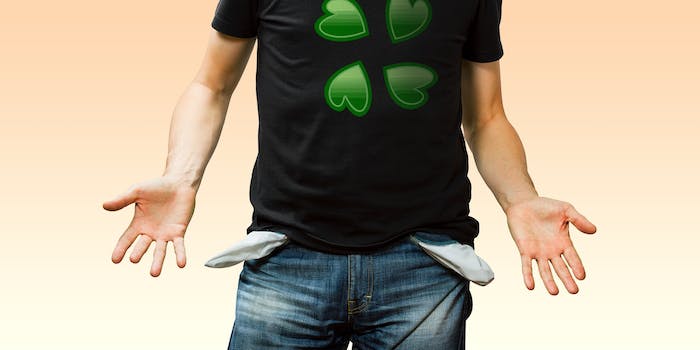 Is 4chan about to go totally broke?

Winter is coming to 4chan, the imageboard site that has long served as an incubator for the best and worst of internet culture.

The site’s owner, Hiroyuki Nishimura, announced this week that 4chan is facing a financial crisis and will have to make some unpleasant decisions to avoid shutting down.

Nishimura made this ominous pronouncement on /qa/, the site’s question and answer board:

In the decade since it was founded by Chris ‘moot’ Poole, 4chan has grown from a few boards to more than 60. Traffic has grown, too: According to 4chan’s ad sales page, the site sees 27 million unique visitors a month. Its anonymous users produce around a million new posts a day, many of which include images that 4chan has to host.

The bandwidth and hosting costs are apparently high enough that 4chan had to reduce the number of banner ads it showed; they weren’t bringing in enough money to cover the cost of serving them to millions of visitors, many of whom are using ad blockers anyway.

4chan’s inability to bring in advertising money is nothing new. Before moot sold the site to Nishimura, he’d frequently point out how reluctant advertisers were to get into bed with the internet’s foremost hive of scum and villainy.

He tried launching self-serve ads (a model that seems to work for Reddit), where users can drop $20 to advertise their businesses or just troll others. A few years later, that model is no longer good enough.

So Nishimura has warned 4chan users that he might have to take extreme measures, and they’re not exactly happy about the potential outcomes.

More ads, including malicious and aggressive ones, could just ruin the site experience and backfire by driving more people to use ad blockers. Or, as one anon put it:

“How the fuck does that even make sense? All it does is make more and more people who would be ok with non-intrusive ads to consider blocking them.  The people who just block everything won’t care anyway.”

The 4chan pass, which provides some extra features for a small fee, seems like a no-brainer, but it turns out a lot of anons hate it. For one thing, it reminds them of Reddit, which many view as a dumber, derivative version of 4chan for “normies.” The ability to buy extra features, called Reddit Gold, or gift Gold to other users, is a big part of that site’s business model.

“Now I’m fucking scared. I have a feeling we will be reddit soon,” one anon wrote.

The other problem: Buying a 4chan pass slightly compromises the site’s best feature—its anonymity. It adds a note to all the user’s posts showing how long they’ve had the pass. A lot of people hate this, because it turns them into “tripfags”—4chan slang for users who intentionally identify themselves—and claim they’d buy a pass if the message were removed.

Some have also suggested making a number of boards text-only to save on image hosting costs, or to allow hosting on outside services like imgur—even though that’s what the dreaded Reddit does.

The most popular and controversial suggestion, though, is to shut down /pol/, the right-wing politics board that has exploded in popularity during Donald Trump’s meme of a presidential campaign. Anons complain that /pol/ users are significantly more racist than 4chan as a whole, and suspect many of them are teens who also post on Reddit’s Trump fan forum, /r/the_donald.

The main debate is around whether the “cancer” of /pol/ would infect the rest of 4chan if it were deleted, or whether its regulars would flee for more right-leaning forums like 8chan or certain subreddits. Meanwhile, /pol/ regulars claim it’s the only real, “non-cucked” board on the site and demand it not be deleted. Of course.

If boards do start disappearing, it’s a virtual certainty that /b/, the random board that spawned the Anonymous movement and countless classic memes, will remain until the bitter end. Moot may not own 4chan anymore, but when he was under pressure to shut down /b/ in the interest of advertising sales, he was very clear about where the random board stands in 4chan’s hierarchy:

“It was the first board, and it will be the last board to go.”