Tiny and tough all in one package.

This 3-year-old Leeds Taekwondo student manages to be both adorable and adorably serious all in one video taken by her studio.

Before she can kick some tiny butt, this pint sized warrior must recite her school’s student creed.

Not only does she have the words down, but she’s got the poses too. 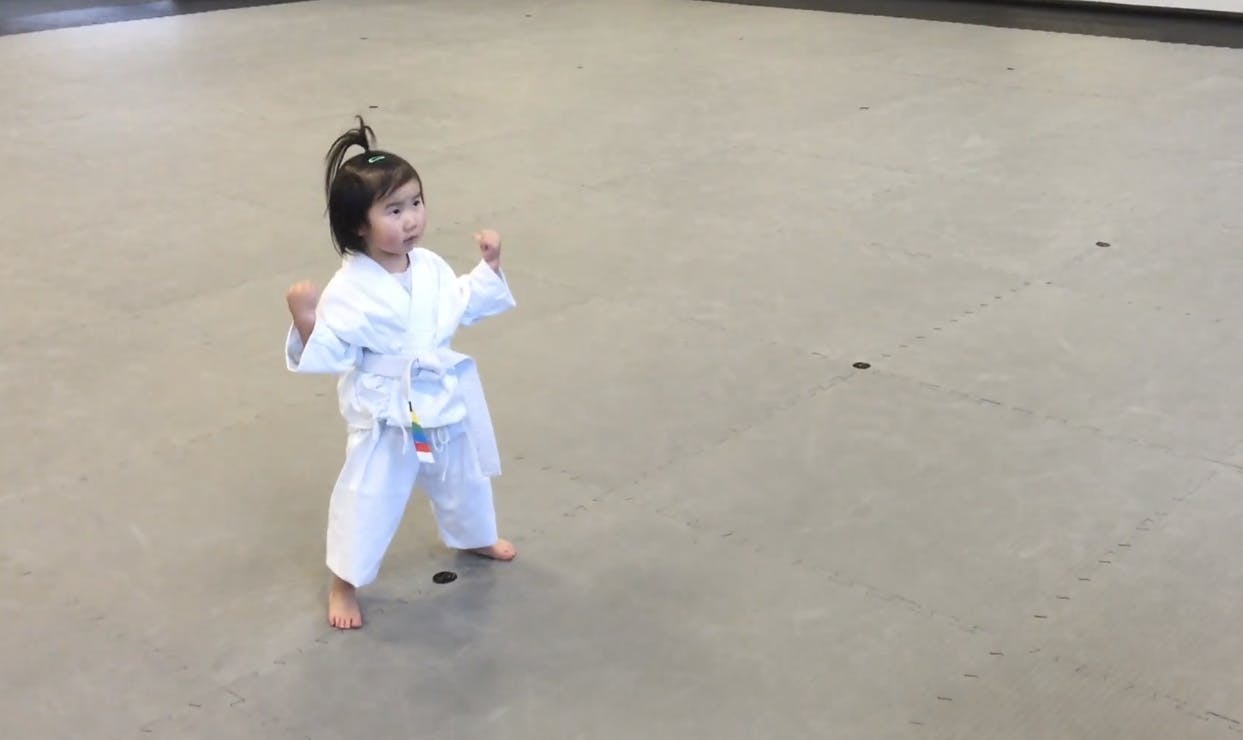 She may only be a white belt for now, but dedication like that gives us high hope for her.