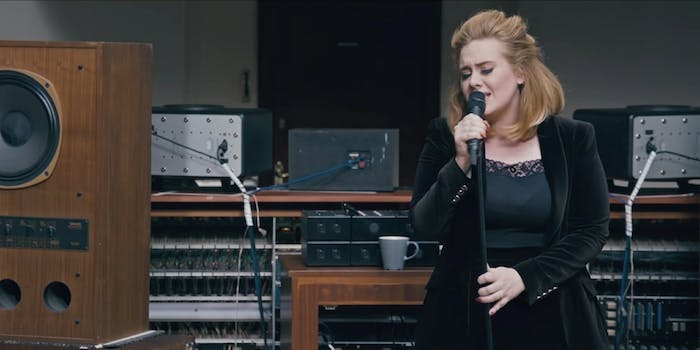 This 2-year-old’s Adele impression will blow you away

Just wait until the chorus starts.

Adele’s 25 has been loosed upon the world, and while there are a few viable singers who can match Adele’s vocals and the sheer drama of her performance, one 2-year-old might take the cake.

Bexlee Marie isn’t ready to belt out “Hello” quite yet, but once you get to the chorus, she’ll more than gladly lip-sync it for you. Bexlee is expressive and emotive, and she has Adele’s mannerisms nailed down.

If Adele ever needs a night off, she has a worthy understudy to take her place.