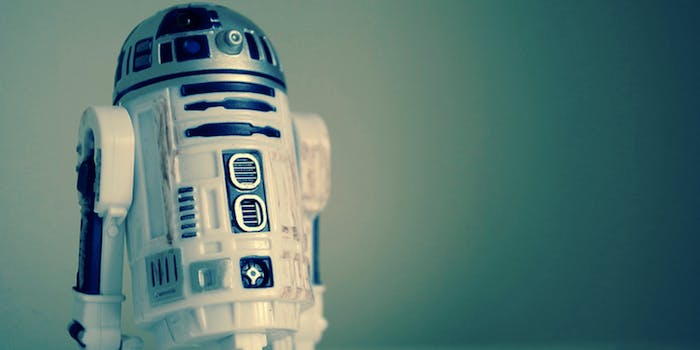 Can you believe we’re only a few short weeks away from the release of The Force Awakens and our collective return to the Star Wars universe? We here at The Daily Dot are freaking out!

One of the most exciting things is the speculation on which old faces will appear in the new film. We’ve already got confirmation that Han and Chewbacca will be returning, but who else? Here are the 13 characters we’d most like to see come December 18.

The trailers for The Force Awakens have teased the involvement of the greatest villain in cinematic history. We sure hope he gets some airtime! Maybe in a flashback or something.

Leia is one of the most recognizable women in the history of science fiction, and it’d be a real shame if she didn’t appear somewhere in the new movie.

That’s right, everyone’s favorite snobby psychologist should absolutely make his return to the Star Wars universe in The Force Awakens. Damn, can’t wait for Martin and Niles to get a look inside the Millennium Falcon again! They are going to freak!

Yeah, it was only a cameo the first time around, but I think I speak for everyone when I say I’d like to see James K. Polk in Star Wars again.

Who can forget that famous scene where Allen Iverson crosses up Emperor Palpatine and nails the proton missile from 30 feet out? It doesn’t matter that he dies at the end of Episode V, they can totally retcon him back in.

Come on Disney—just for the fans.

I mean, this one is a given. Right?

I’m personally still devastated by the emotional moment in Episode VI when the rebels burn Darth Vader’s body and Mike Love makes Han Solo and Luke Skywalker honorary members of The Beach Boys. Really hope they pay that off in The Force Awakens!

I couldn’t believe it when I first learned my pet gecko was cast in Star Wars! I’m probably a little biased, but it’d be so cool to see a comeback!

Who wouldn’t want to hear that classic line “Lightsaber? I can barely find my damn car keys!!! For crying out loud!!!” again? Timeless.

Who knew there were dinosaurs in space? Tyrannosaurus rex with dark sunglasses is a real fan favorite, and if Disney knows what the fandom wants, they surely sorted out the beef they had with his agent.

I had a blast playing Luke Skywalker in the first three Star Wars films and I’m totally open to reprising my role in The Force Awakens, assuming shooting hasn’t wrapped already!

Photo via NoirKitsuné/Flickr (CC BY 2.0)