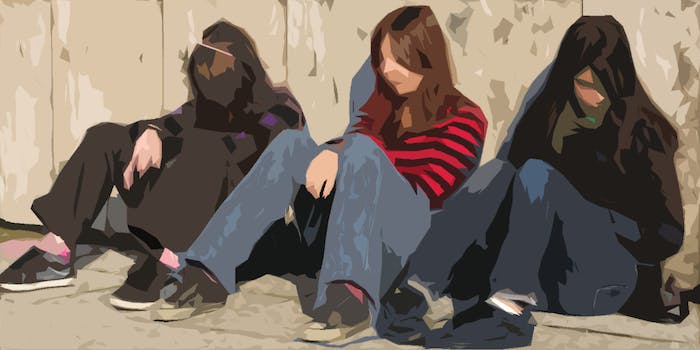 More than a dozen young girls are being investigated for their role in a Rebecca Ann Sedwick's death.

In what has become an all too common occurrence—if not an outright epidemic—another girl has taken her own life after being harassed online. Rebecca Ann Sedwick, 12 years old, jumped to her death on Monday at an abandoned cement plant in Lakeland, Fla.

Polk County Sheriff Grady Judd has already committed to an extensive investigation of the 15 young girls who had been abusive toward Sedwick over social media, confiscating laptops and cell phones. The bullying apparently began over a boy in 2012, with Sedwick’s friends turning against her and continuing to lobby insults even through a brief period of homeschooling and a transfer to another school—both of which were attempts by adults to intervene and defuse the ongoing campaign of terror. Sedwick’s mother even deleted her Facebook account but found other social apps on her phone through which the girls continued to stalk her.

Sedwick reportedly received messages that included “Why are you still alive?” and “Go kill yourself.” While she was suspended from her first school for a physical altercation related to such comments, Judd indicated that for the most part, Sedwick never really fought her enemies. The Los Angeles Times quoted him as saying, “She appeared to be beat down. She appeared to have a defeatist attitude. And quite frankly, the entire investigation is exceptionally disturbing to the entire investigative team.”

Judd’s investigation has also shed light on Sedwick’s heartbreaking online behavior: Some of the phrases she entered into search engines included “What is overweight for a 13-year-old girl?” as well as “how to get blades out of razors” and “how many Advil do you need to take to die?” Before committing suicide, she sent a message to a friend in North Carolina: “I’m jumping, I can’t take it anymore.” All in all, there appears to be ample evidence of her hopeless despair and the suffering directly caused by her peers.

Florida has an antibullying school statute on the books that encompasses digital harassment, but it’s up to each institution to decide the “consequences for a student or employee of a public K-12 educational institution who commits an act of bullying or harassment.” Judd, meanwhile, may be able to pursue different legal action, as Sedwick was under 16, which could make her torturers guilty of felony cyberstalking. “If you bully somebody online and it’s reported to us and we can build a credible case, we will charge you,” he said.