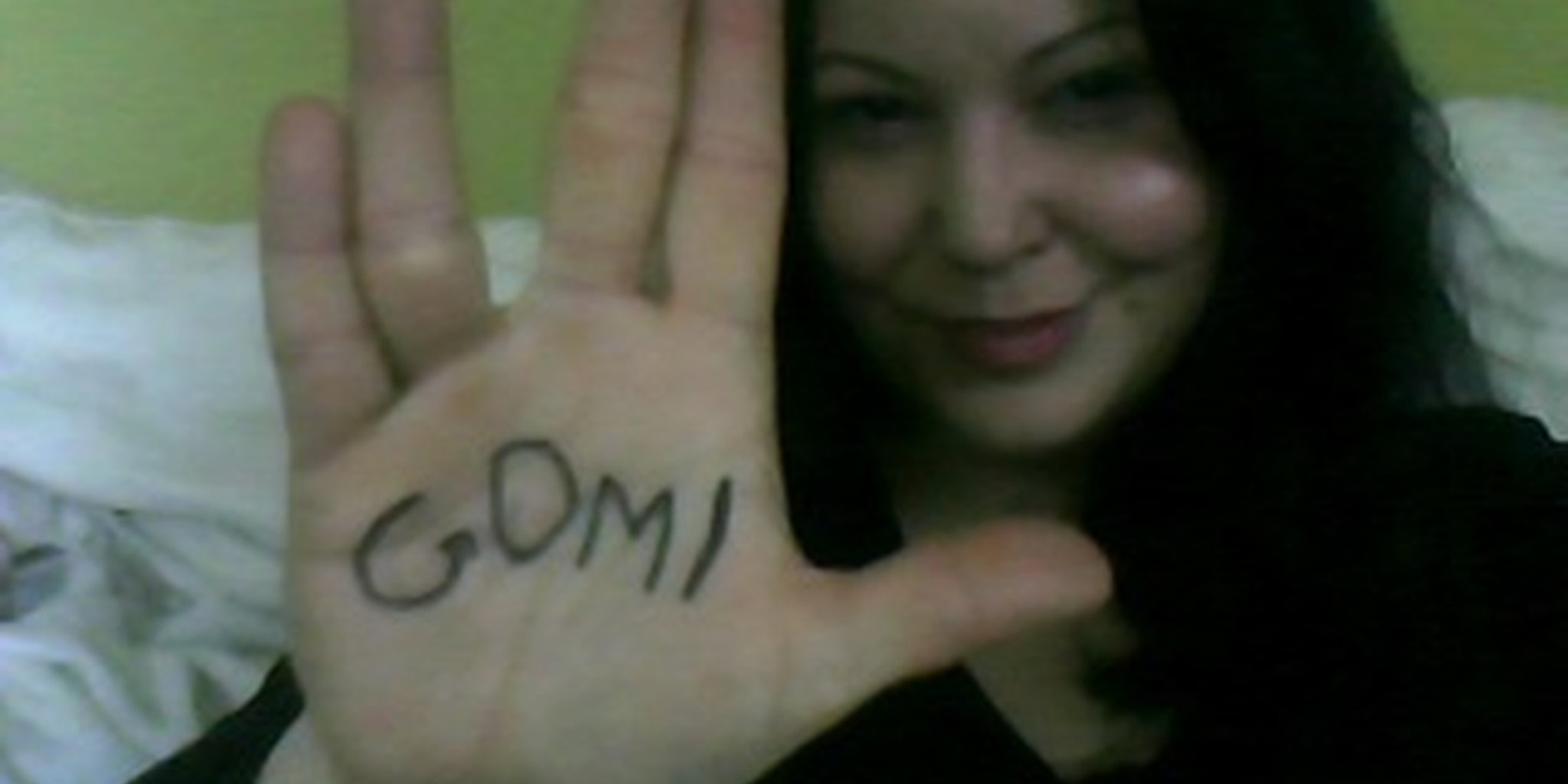 Get off her Internets: Blogger Alice Wright bites back

Hate mail, legal threats, and a stalker—Get Off My Internet webmistress Alice Wright will put with just about anything, except for terrible blog posts.

Alice Wright might be most reviled woman on the Web.

She’s the head webmistress of Get Off My Internets (GOMI), a 10,000-person community that tears down the net’s most popular bloggers like it’s ripping into raw meat. From the most-famous fashion blogger to the unknown hobbyists, nobody can escape its wrath.

In the words of Rachel Hill, writing for Cosmopolitan:

“Get Off My Internets, a snark blog that turns its eye to self-styled web celebs, is as much a critique of narcissism, bad self-Photoshop and blatant grabs for free products as it is of dubious fashion choices and (supposedly) dimpled thighs.”

Or as one of its many haters put it: “I think it is a forum for mean girls to be just that. The end.” 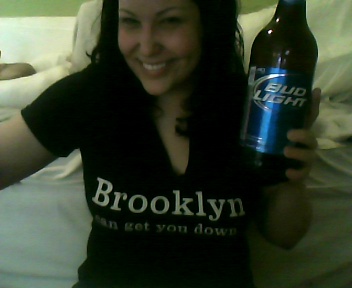 If such assessments ever bother Wright, she’s not giving them undue attention now. It’s midday, but she’s having a beer when I reached her at her apartment in Brooklyn on her rotary phone. (She said couldn’t afford to pay her cell phone bill this month.) A contract MySQL developer, Wright’s recently emerged from a multi-day nap—a tradition she upholds every three weeks after she meets her latest deadline—and her lap is smothered by her chihuahua and two cats, named Oliver, Pancakes, and Bacon, respectively, by her 8-year-old niece.

It’s not exactly the lifestyle you’d expect for someone netting 5 million unique visitors every month.

“People seem to think I’m wiping my ass with Benjamins just because I get twice as many page views as Dooce,” she said, naming a millionaire mommy blogger who is a frequent subject of derision on the site. “People aren’t knocking down my door to give me money.”

In fact, the site is barely breaking even. Wright, 30, lends as much money to keeping the servers upgraded as she can afford, and as much time to keeping the site running as she would to a part-time job. Sometimes the community pitches in, too.

Usually, Wright’s ad service makes her $300 a month, a little less than it costs to keep it running, “but it can be as high as $500 when people are threatening to sue me,” she said, adding that she receives a cease and desist letter nearly every month.

“I get the dumbest lawyer letters, they’re so stupid,” she said. “The blogger will write, ‘Somebody in the forum said my child’s name and if you don’t ban that person I’m going to contact a lawyer.’ I say, ‘that kid’s name is on your blog, it’s not like they stole your wallet and posted your social security number. I forward the letters to a lawyer friend from high school, and 99 percent of the time, he says there’s nothing in them.”

It’s not blogger hate or lawyers that get under Wright’s skin; it’s her stalker. As with every other topic, Wright is flippant about the person who apparently wants to stab her to death.

“Some person started emailing me threats about waiting outside my apartment and stabbing me,” she said. “Crazy crap. I still get them. After ten, I contacted the police so they can start a case file. Awesome, it’s good to know the police have my emails in case they find me on a street corner somewhere.”

Infamy, hate mail, legal battles, and fear for your life: Why exactly is it worth it to run a site like GOMI again? For Wright and her community, it’s a necessary service to bloggers who’ve completely fallen out of touch with reality.

“GOMI is full of people who work really hard and read blogs for entertainment. They get really annoyed when bloggers post about their hard, busy days of going to aerobics class, eating a bowl of oatmeal, and taking a picture of it. And if readers want to offer any critique at all, bloggers don’t want to hear it.

“It’s like that one friend you have who is just a train wreck. You try and give her advice and she doesn’t want to listen or hang out with you anymore because of ‘all the negativity’ you bring to her life. Readers feel the same way about bloggers they follow. They feel like they know them and want to offer their honest opinion. After giving all this time and occasionally money to these bloggers, it feels like being frozen out.”

Of course, much of the stuff that ends up on GOMI could hardly be called constructive criticism. Blogger Issa Waters, for example, can’t help that she’s overweight, but GOMI took her to task for not publishing readers’ comments. Wright said that type of snark has its own purpose, too.

“It’s a relief valve,” she said. “In my opinion, I think having a place to get things off your chest is healthy. My goal is really just to give people a place to say what they feel like they can’t say to some of these bloggers. A place where they can give their opinion without being shut out.”

“Would bloggers rather have this stuff in their comments section or on the big Internet hate site GOMI that nobody forces them to read? Do you think Tila Tequila just hangs out on around Perez Hilton crying about the mean things people says? No, she just ignores it. Bloggers need to do the same.”

Wright said that the GOMI forums aren’t just about snarking on bloggers. There are threads for new moms, for women struggling with infertility, and for in-person meetups around the country. (Whenever Wright has a little extra cash, she buys a couple bottles of wine and holds a GOMI meetup in her apartment.) The community even donates to charitable causes, most notably a woman who was assaulted possibly because of details revealed on her blog.

But whatever else the community does, its reputation as a cyberbullying hub precedes it.

“The joke is that it’s the site nobody reads,” Wright said. “But everybody seems to know about it.”