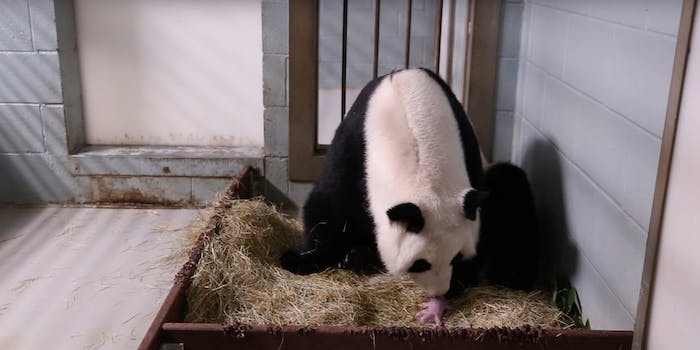 Twin pandas born in Atlanta are first newborn cubs in U.S. this year

The twin cubs are the sixth and seventh born at Zoo Atlanta.

Lun Lun, a giant panda who lives in Georgia, gave birth to twin cubs on Saturday. They are the first giant pandas born inside the United States this year, and Lun Lun’s second pair, Zoo Atlanta said in a statement.

The twins, which Zoo Atlanta says represents its most “significant financial investment in conservation,” are the sixth and seventh born at the facility, one of four to house the endangered animals. Fewer than 1,900 giant pandas are estimated to remain in the wild and more than 1,200 live inside natural reserves.

The panda cubs’ father is named Yang Yang. Lun Lun, who is 19-years-old, was impregnated through artificial insemination. The first three of her offspring reside at the Chengdu Research Base in China, which has similar conservation partnerships around the world. Lun Lun’s fourth and fifth offspring (also twins) will reside with their new siblings at Zoo Atlanta, making them the only sets of giant panda twins in the U.S.

Twins are not uncommon among giant pandas, the zoo officials said, nor are complications during the pregnancy. “We’re thrilled and relieved that the second of Lun Lun’s twins has arrived,” said Hayley Murphy, vice president of Animal Divisions at Zoo Atlanta. “While we were aware of the possibility that the two might not be born close together, we were also aware of the possibility that the second fetus could be resorbed, resulting in a failed pregnancy.”

Breeding giant pandas is notoriously difficult. Females can only conceive for a few days during ovulation, something they only do once a year. Artificial insemination is often used because giant panda couples are not always compatible. Sometimes the captive males aren’t sure how the whole, ahem, reproductive process works. Gao Gao, a male giant panda at the San Diego Zoo, however, has “sired” five offspring naturally with his mate Bai Yun, who was previously inseminated artificially by the male panda Shi Shi, who passed away in 2008.

Zoo Atlanta says its guests can expect to meet the cubs in December or January. They will not be enclosed with their father or siblings, however. The separation, the zoo says, is natural as giant pandas are solitary in the wild.