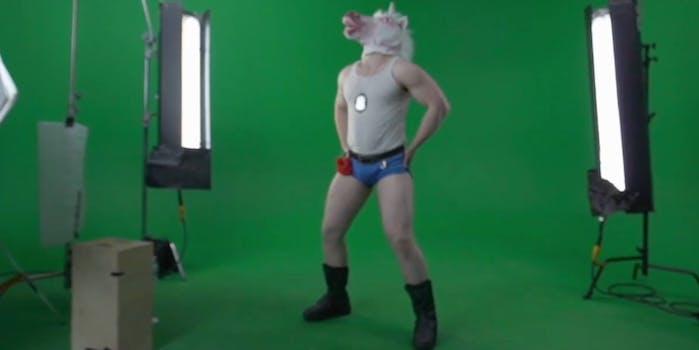 Pounded in the butt by the full motion video game.

Tingle and Quinn began corresponding after he tapped her to attend the Hugo Awards in his stead. The author of such classics as Pounded in the Butt by My Own Butt and Pounded by the Pound was nominated by trolls, who he immediately out-trolled with the help of Quinn.

The two have joined forces for something even better and more fulfilling than shutting down the haters: a full motion video game.

Vice released a mini-documentary on Quinn, a game developer known for innovative titles like Depression Quest but who sadly is perhaps better known for the unnecessary controversy surrounding her. Gamergate drastically altered Quinn’s life and sidelined her from game development.

Now she’s back with Tingle by her side. We can’t wait to see what the duo have in store.