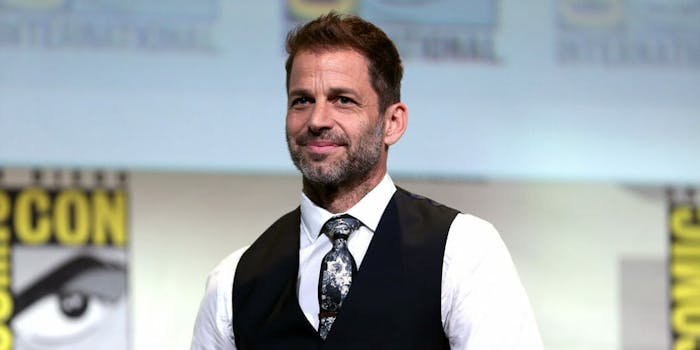 Joss Whedon will see through post-production.

Zack Snyder has announced that he’s stepping down from his role as director of the upcoming DC Comics blockbuster Justice League.

Snyder, who helmed Batman v Superman and is seen as a driving force behind Warner Bros.’s DC Extended Universe, told the Hollywood Reporter on Monday afternoon that he needs time to cope with a family tragedy. He said his 20-year-old daughter, Autumn, took her own life in March. She had been attending Sarah Lawrence College.

“The demands of this job are pretty intense,” Snyder told THR. “It is all-consuming. And in the last two months, I’ve come to the realization… I’ve decided to take a step back from the movie to be with my family, be with my kids, who really need me. They are all having a hard time. I’m having a hard time.”

According to THR, production on Justice League shut down for two weeks after the incident to give the Snyder family space to grieve. Now that Snyder has decided to step away, Warner Bros. is bringing in Avengers director Joss Whedon to see through post-production and additional scenes for the film that’s due out Nov. 19. Primary filming is finished according to Warner Bros., and the studio does not anticipate any significant course changes.

My heart, eternal support & thanks to my friend & colleague @zacksnyder – one of the kindest and most inspirational artists I've ever known.