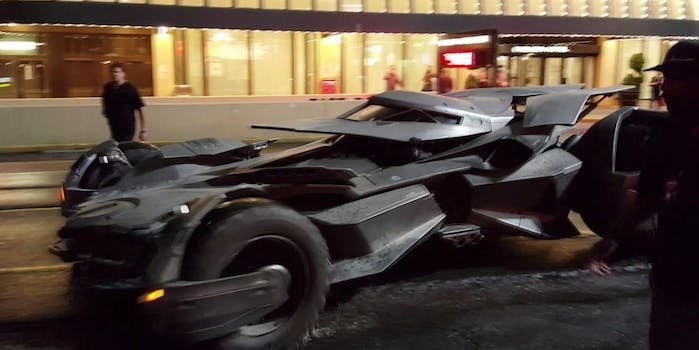 If you enjoyed the violence of 'Batman v Superman,' you'll love this lethal new Batmobile.

If you enjoyed the violence and brutality of Batman v Superman, you’ll love Zack Snyder‘s latest upgrades to the Batmobile.

In a photo shared on the social media app Vero, Snyder hinted at a new look for Ben Affleck‘s Batmobile. This version bristles with guns and missile launchers, appearing even more heavily armed than the one we saw in Batman v Superman.

Batman’s attitude to guns is a point of contention among fans. In a general sense he’s known for his anti-gun stance, but there have been plenty of exceptions over the character’s 77-year history.

For Batman v Superman, Snyder justified Batman’s body count by having him kill people “by proxy” instead of, you know, directly shooting them in the face. It’s “a little more like manslaughter than murder,” he explained. Judging by the new Batmobile, you can expect to see more of this in Justice League.