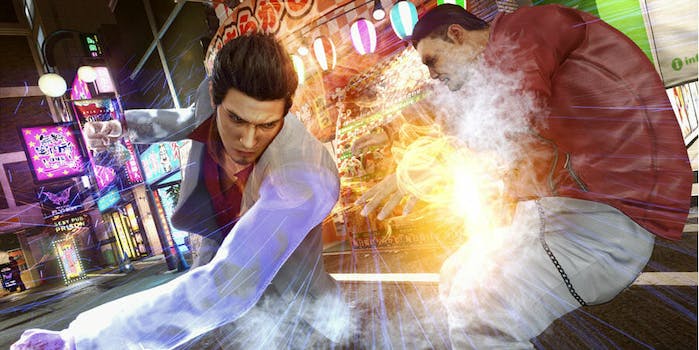 The streets of Kamurocho have never been more beautiful, but the story disappoints.

If you thought Yakuza Kiwami 2 would tone down the goofy charm the series is known for, hear this: You get to punch not one but two giant tigers in the face.

Such is the spirit of the Yakuza franchise, which has been dazzling JRPG fans with Japanese machismo, criminal intrigue, and an absurdly endearing cast of characters since 2005 on the PlayStation 2. Following the success of Yakuza 6 and prequel Yakuza 0, developer Sega has seen fit to remake the first few entries in order for new fans to finally acquaint themselves with the long-running series. This includes an entirely rebuilt world to explore, mysteries to uncover, and faces to punch in Yakuza Kiwami 2, a complete remake of Yakuza 2. All that goofball charm is still there, if not dramatically multiplied, but some of the original game’s narrative beats can’t help but drag things down by the end.

If you’re like me, you jumped onto the franchise with Yakuza 0, released in Japan in 2015 and 2017 in North America. A lot of my experience and opinions have been shaped by Yakuza 0, but it’s safe to say that you can jump into Yakuza Kiwami 2 even if you’ve only played 0 and skipped Yakuza Kiwami 1.

A friend recently told me he views the Yakuza franchise not as a series of major, evolutionary games, but as different seasons of the same TV show, and that’s an incredibly accurate statement. This may be most apparent in Yakuza Kiwami 2, where the attempt to continue a story but leave it open for more down the road causes some stumbles.

Yakuza Kiwami 2 is (aside from a new side campaign, which we’ll get to) a 95 percent faithful retelling of the original Yakuza 2. Following the events of Kiwami 1, series hero and former Yakuza clan leader Kazuma Kiryu is attempting to keep his adopted 10-year-old niece Haruka safe from the dangers that dogged her in their previous adventure. The Tojo Clan that Kiryu once ran is on the verge of falling apart, having lost so many key members, and the rival Omi Alliance is moving in to capitalize on their weakness. The clan leader is ousted by his son, the towering and brutish Ryuji Goda, who quickly marks himself as Kiryu’s rival. After their first major confrontation, Ryuji usurps his father’s throne, assuming the role of the Omi leader. Despite this setback, Kiryu is arrested by a female detective named Kaoru Sayama, whose connections to the Korean mafia quickly lead to a massive conspiracy threatening the city and the lives of everyone in it.

First, the fantastic: Yakuza Kiwami 2 runs on the Dragon Engine, which powered Yakuza 6, and it shows. The streets of Kamurocho and Sotenbori are positively dripping with life and fine details. Yakuza is an “open-world” game, but not in the same sense as Assassin’s Creed or Grand Theft Auto. It will take you only a few minutes to cross from one side of town to the other, but every single inch feels unique, lived in, and brimming with the humanity that makes the tight confines of Japanese cities so fascinating. Flashing lights invite you into tightly packed storefronts, boxes and bikes line up between alleyways to save space, and everything hums with an energy that bigger games struggle to achieve. This is only amplified by the citizens you’ll meet, be they gruff street urchins, sassy old ladies, or barkers inviting customers into their shops.

Unsurprisingly, that humanity extends to most of the main cast. Kiryu, Haruka, series anti-hero Goro Majima, and many more all seem like wild caricatures, but ones you can absolutely get behind. Kiryu is and always will be the stoic hero with the heart of gold. Majima will always be the world’s cuddliest knife-wielding psychopath. These things are constant and comforting in equal measure.

And if the main cast’s familiar resilience is comforting, the game’s primary source of action is, too. Throughout the game, you’ll run into countless hordes of enemies to punch and kick, be they lowly street punks or Yakuza crime lords. Kiryu’s move set is pretty solid at first, fluctuating between simply light, heavy, grapple, and item-based attacks. Each fight is right out of a John Woo or Gareth Evans martial arts flick, with the lone hero bouncing a dozen surrounding enemies off of one another and the environment, flipping between targets to maximize the odds of survival.

The upgrade system has seen a significant change since 0 as well. Instead of being based on spending absurd amounts of money, it’s all about a five-pillar experience points system. You’ll gain points by completing missions, beating up bad guys, and eating food at one of the many restaurants scattered about town. This feels way more natural than Yakuza 0, where going out to eat was little more than another collect-a-thon, and it makes me want to explore the world and actually try out the smaller establishments.

If there’s one thing I desperately miss from Yakuza 0, though, it’s the diversity of that prequel’s fighting mechanics. There, both Majima and Kiryu were able to switch between three unique fighting styles, each of which addressed certain challenges better than others. It was a blast to perform crowd control with breakdancing spins or pummel a single boss with a baseball bat. Not so in Yakuza Kiwami 2. Kiryu’s fighting style remains largely the same throughout, relying heavily on unlocking additional quicktime-event “heat” moves. Don’t get me wrong, it’s fun to watch Kiryu smash a guy’s head in with a bicycle (that poor commuter), but after 50 times, even something as rad as that loses its luster. There’s simply a lack of variety that previous games had. Perhaps the one saving grace, introduced in Yakuza 6, is that you transition from combat back to exploration seamlessly without a loading screen. Acquiring weapons is a breeze too: It’s as easy as picking up the ones enemies drop, rather than a whole mini-game like in Yakuza 0. Both of these features keep you immersed in the world, which is a definite plus.

Oh, how you will find yourself immersed in that world. As is customary for a Yakuza game, it’s all about finding ways to distract you from your main mission, and Kiwami 2 doesn’t disappoint. Humorous side quests abound, be they little old ladies needing saving, or Yakuza bosses getting you wrapped up in their awkward fetishes. Some of the various mini-games flesh things out even further, letting you play the full arcade version of Virtua Fighter 2, go to the golfing range, or pee into a target to blast your opponent with your bladder’s prowess.

Not all minigames are fresh and invigorating, however. The Majima Construction missions, which play out like tower defense matches where you use a small army of clan members to beat back waves of enemies, are dull, confusing, and just a drag to control. Bouncer missions let you beat up gauntlets of bad guys, but they can be absurdly tough or outright lame. Likewise, the Cabaret Club Grand Prix mode is full of silly charm and cute girls to customize, but 90 percent of it is a direct clone of Yakuza 0’s cabaret club mode. Despite the shortcomings, all these added tidbits build up to convince you of this world, to show off the culture of city life in Japan. Some will only amount to cheap fetch quests or simple brawls, but there are more gems in there than duds.

Shockingly, where Yakuza Kiwami 2 really fails is the meat of the main story. At its heart, the Yakuza series is about these goofy idiots running around, defending their honor, saving the town from chaos, and the push and pull of criminal life. It’s fun seeing Kiryu fight for his life, or seeing Majima’s tough exterior softened in the face of a new friend, but Kiwami 2 is not that kind of story.

Instead, what players get is an incredibly convoluted web of betrayals, reveals, conspiracies, and more betrayals. Seriously, I think I counted over six major betrayals in this game, each of which was more ludicrous than the last. That ludicrousness wouldn’t be an issue (I’d welcome it, in fact), if not for the fact that it all becomes the narrative equivalent of a KFC Famous Bowl. By the time a major plot point shows up, I’m not entirely sure who I’m talking to, what their motivation is, or why I should care.

Sadly, this extends to the game’s primary villain, Ryuji Goda. He’s little more than a Japanese Ivan Drago, a larger-than-life figure hellbent on asserting his dominance. The female cop, Sayama, certainly rises above a stereotype, but she’s given too little to do, and her connection to the overall plot is laughably absurd by the game’s end.

Among it all, Kiryu often feels less like a hero and more like a dull-witted shepherd, ferrying the plot from cutscene to cutscene so it can happen around him rather than to him. From the middle of the game onward, there’s an upsetting number of missions that involve little more than running across town, getting a phone call, and having to return. There are simply so many threads, faces, and revenge motives at play that the whole thing feels far too bloated, even by JRPG standards.

One notable exception is the brand new Majima campaign, which is unlocked throughout the main campaign and takes place before it, but should be played in its entirety. It’s short and sweet in the absolute best way, with better writing and emotional depth than most of the main campaign. Without spoiling it, I’ll just say that it acts as an incredibly touching coda to the events of Yakuza 0, giving a key character some closure that genuinely put a wide smile on my face and a warmth in my heart. You owe it yourself to one day have this brief experience.

There are sure to be fans of Yakuza hoping to jump into Yakuza Kiwami 2 with the expectation of another fun romp. It’s there, but it’s not quite the classic that Yakuza 1 and 0 are be regarded as. As my friend said, the series can be looked at as a killer TV show with multiple seasons to devour. Just like a show, the second season has to contend with the apparent success of its predecessor, and it’s clear that the writers on Yakuza 2 may not have known how to extend that deeply personal tale for another 40 hours. As is the danger with binging, you risk growing a little sick of Yakuza if you take the plunge on this one immediately after wrapping up 0 or Kiwami 1. Take a breath, step back, and enjoy some other activities that tickle different parts of your mind. The streets of Kamurocho will still be here, waiting to welcome you in. After all, this is Yakuza. It’s always about the family.

This review was published based on a PS4 copy of the game provided by the publisher. Yakuza Kiwami 2 is available Aug. 28.