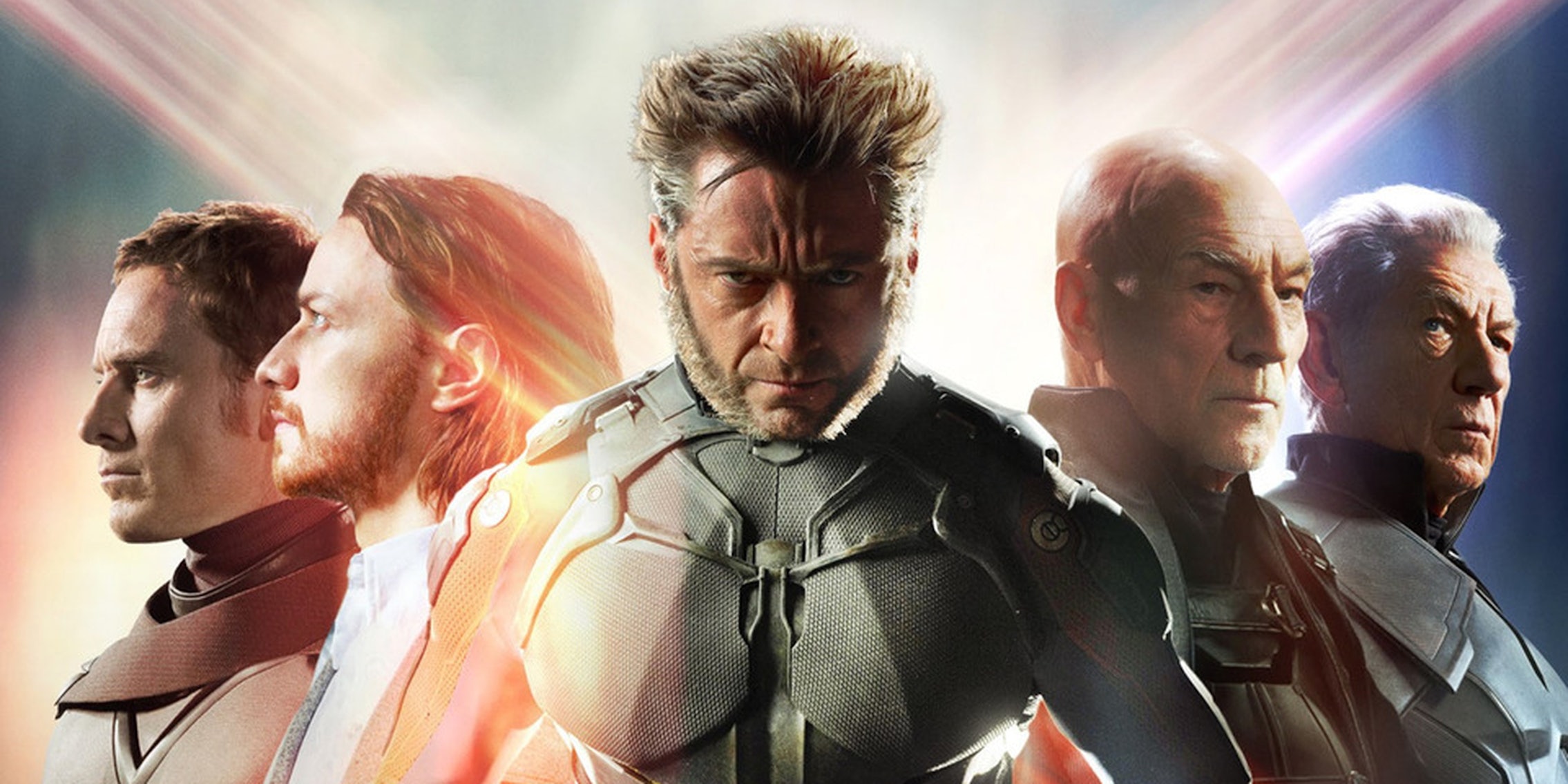 The ‘X-Men’ franchise’s diversity problem is getting worse

Yet another example of the way Hollywood treats “white male” as the default setting for humanity.

Unless you’ve been interpreting the X-Men movies in the most literal way possible, you’ll know that the whole mutant thing is, you know, kind of a metaphor.

In the 1960s era of X-Men: First Class, the dawn of mutant visibility mirrors the Civil Rights movement, while the original movie trilogy includes various allusions to the struggle for LGBT equality. In the new Days of Future Past, there’s a deliciously unsubtle scene where Magneto dons his maroon cape and helmet, floats up above the White House in front of dozens of TV cameras, and urges closeted mutants to literally “come out.”

Regardless of their varying cinematic quality, the X-Men movies have always been good at building this political allegory without becoming overly preachy. However, they’ve also been downright abysmal at acknowledging people who face this type of discrimination in real life. The only exception is Charles Xavier, who as a character with a physical disability is near-unique as a blockbuster movie protagonist. His central role, though, can mostly be attributed to the fact that you can’t have X-Men without Professor X… and Professor X has to be in a wheelchair. Meanwhile, characters like Storm are repeatedly sidelined in favor of the franchise’s ongoing love affair with Wolverine.

Days of Future Past had an extended cast of Game of Thrones-like proportions, but only one of the main characters was a woman. All of the characters of color were restricted to backup roles in the dystopian future scenes: A lengthy fight sequence where all of the meaty storytelling remained in the hands of Magneto and Professor Xavier.

Storm, along with newcomers Bishop, Sunspot, Blink (played by Chinese megastar Fan Bingbing) and Warpath (a little-known Native American X-Man), were selected for their cool, flashy powers, but had little dialogue and no character development whatsoever. Most viewers were probably unaware that these dystopian future characters even had names.

This sudden influx of racial diversity was meant to counterbalance the overwhelmingly white and male nature of the movie’s main cast. Unfortunately, it also served to remind us that while Wolverine, Xavier, Magneto, and Hank McCoy got to chase around after Mystique back in the 1970s, the main role of non-white characters was to provide interchangeable expository dialogue and keep Wolverine alive for long enough to save the world.

The purpose of Wolverine’s mission was to erase this future timeline so the original trilogy’s X-team could thrive, safe once more at the Xavier School. In the utopian future we see at the end of the film, Blink, Bishop, Sunspot and Warpath are nowhere to be seen.

While the X-Men comics now feature a very diverse range of characters, their big-screen adaptations have become more and more dominated by white men as the years progress. There is no better sign of this than Wolverine’s central role throughout the franchise.

Hugh Jackman makes a great Wolverine, and the character has always been popular. But after giving him the lead role in a trilogy of ensemble-cast movies, and then giving him two solo spinoffs of his own, even die-hard X-Men fans are sick of him. Not only does this strain the limits of Wolverine’s manpain-laden character arc, but it highlights the problem of having a white, male action hero as the figurehead of the oppressed mutant underclass.

Days of Future Past mined an iconic X-Men comics storyline for material, but swapped the lead characters so Wolverine could be the hero for the sixth time round. In the original comic, Ellen Page’s character Kitty Pryde played this role, while in the movie her main job was to provide a conduit for Wolverine’s heroic journey back to the 1970s.

Out of all the big-name superhero franchises, X-Men has the greatest opportunity and the greatest reason to include a more diverse range of characters. Yet somehow, Days of Future Past may be their worst ever attempt in this regard, a perfect example of the way Hollywood treats “white male” as the default setting for humanity.

In the 1970s storyline (the bulk of the film), Mystique was the only woman, surrounded by cameos from familiar characters like Havok, Toad, and William Stryker. And while she had a far more interesting part to play than in previous films, she was still inexplicably naked throughout—a conceit that felt doubly weird and unnecessary with Oscar-winner Jennifer Lawrence in the role.

At the end of X-Men: First Class, all of the surviving female and non-white characters joined Magneto’s terrorist brotherhood, while Professor X kept the heroic white guys. Professor X’s remaining female ally, Moira McTaggart, had her memory wiped “for her own good” and was sent off to be humiliated in front of her FBI colleagues. By the time we hit 1973 in Days of Future Past, all of Magneto’s team are dead, replaced by new recruit Quicksilver… who is, you guessed it, another white guy.

The issue here is how easily this all could have been avoided.

If there had been one or two more significant female characters, Mystique’s role as a plot device might not have been so problematic. As it was, her part in the story was to be pursued from all angles by Magneto, Xavier, Hank McCoy, Wolverine, and the villain Bolivar Trask, all of whom wanted to control her in some way.

Looking at the full list of female characters, only Storm and Blink (who had about one line of dialogue each) were independent, while Kitty Pryde, Mystique and Jean Grey were all partly defined by their part in a love triangle. Mystique is torn between Charles and Magneto (ideologically) and Magneto and Hank (romantically), while Kitty Pryde was the interloper in the Ice-Man/Rogue relationship, and Jean Grey spent the original trilogy as Wolverine’s unrequited love interest.

Rogue, the closest the X-Men franchise has ever gotten to a female protagonist, was given a two-second cameo at the end, holding hands with Ice-Man. Anna Paquin reportedly filmed an extensive action sequence as well, but it wound up on the cutting room floor, as did an appearance from Quicksilver’s sister Scarlet Witch. 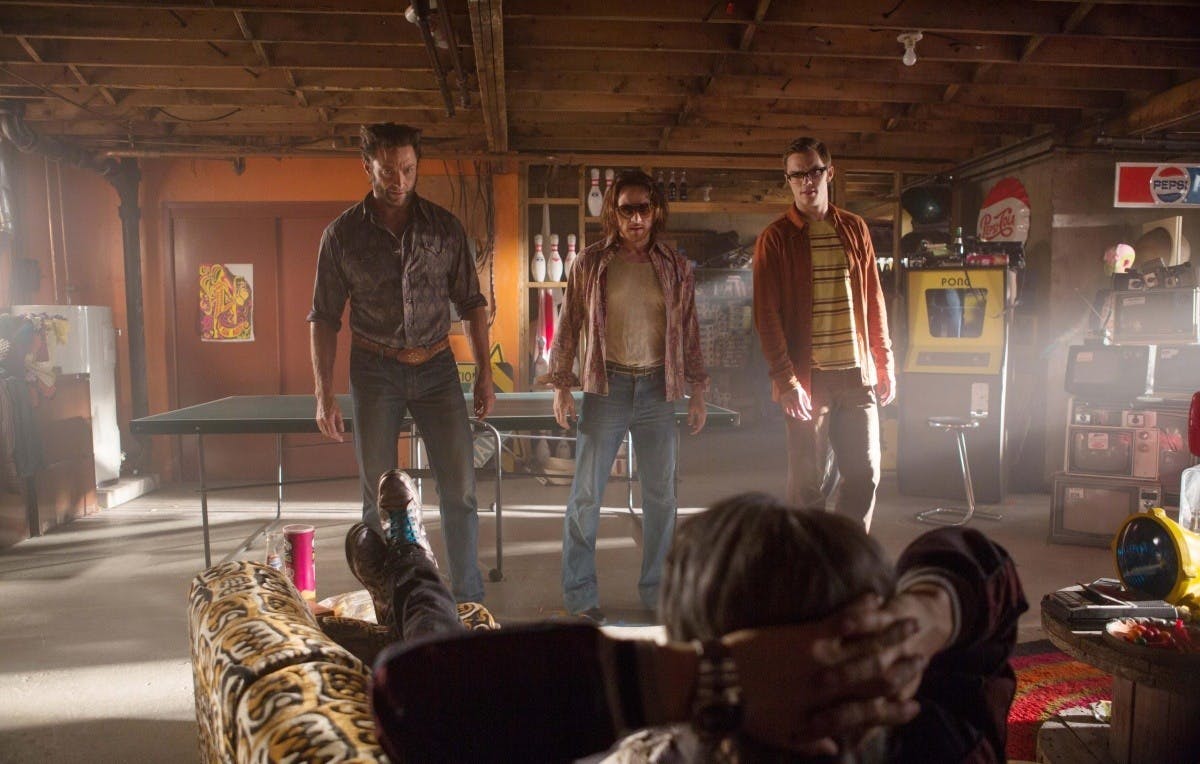 We’re not going to argue that Quicksilver wasn’t awesome in this movie, or that Hank McCoy’s sidekick role wasn’t important. But there was also no particular reason why either of these characters had to be there in the first place.

Quicksilver’s exciting prison-break scene could easily have been swapped out for Scarlet Witch’s own flashy skillset, and Hank’s role could have been reworked for pretty much any supporting character. The cameo appearances from the eternally bland Havok and Ice-Man were nice nods to previous movies, but served no real purpose, particularly when compared to the needless offscreen deaths of characters like Angel Salvadore and Emma Frost.

Although Xavier and Magneto are opponents, they fight a common enemy: the oppression and erasure of mutantkind. Sadly, this human rights parable has been rewritten so that only white, male heroes have any impact on the struggle for personal freedom. Women are outnumbered by five to one and almost always relegated to supporting roles, characters of color are introduced as superpowered plot devices with no personal development or backstory, and LGBT people are only represented through metaphor and subtext.

In this epic story about an oppressed minority fighting back against bigotry and violence, it is ironic to see so many white male action heroes characterized as leaders, saviors, and icons of freedom. And sadly, this trend seems unlikely to change with future movies. In the upcoming X-Men: Apocalypse, we already know that all eyes will be on Channing Tatum as Gambit, while Mystique’s rumored spinoff movie remains unconfirmed.