Not everyone was on board with the newest ambassador for gender equality.

On her 75th birthday, Wonder Woman was officially designated as an honorary ambassador by the United Nations, although not without its own lasso of controversy.

Already one of the most iconic comic book characters (and the most-recognizable female superhero), Wonder Woman has had many iterations and costume changes, and she’s played many roles ever since she was created by psychologist William Marston in 1941.

She’s already set to have a stellar 2017 with the Wonder Woman movie—the first female-led comic book movie to premiere in more than a decade—debuting June 2. Last month, current Wonder Woman comic writer Greg Rucka confirmed that Diana Prince was canonically queer, something that was subtext up to that point.

And last week, the U.N. named Wonder Woman as its ambassador and planned to launch a campaign after Friday’s designation with the character in order to support the U.N.’s goal to “achieve gender equality and empower all women and girls.”

Wonder Woman has certainly inspired generations of comic fans, especially women and young girls. But while some embraced the idea, others—including some within U.N.’s own staff—weren’t as thrilled.

For one, the Security Council picking former Portuguese prime minister António Guterres to succeed Ban Ki-moon as Secretary-General. In the lead-up to the selection, there was a push for the Security Council to select a woman for the position because as much as the U.N. strived to promote gender equality it was lacking back home. While seven women were considered for the position, Guterres ended up receiving it. The Wonder Woman announcement came just days later, and for some it felt like a hollow gesture.

Other critics took issue with Wonder Woman because of her outfit. In an online petition that received more than 1,200 signatures to date, a group of U.N. staff members questioned why a fictional character dressed like “the epitome of a ‘pin-up’ girl” was chosen as the latest ambassador to promote gender equality over a real-life role model:

The message the United Nations is sending to the world with this appointment is extremely disappointing. The bottom line appears to be that the United Nations was unable to find a real life woman that would be able to champion the rights of ALL women on the issue of gender equality and the fight for their empowerment. The United Nations has decided that Wonder Woman is the role model that women and girls all round the world should look up to.

(Other fictional character ambassadors include Winnie the Pooh, Tinker Bell, and characters from Angry Birds.)

Additionly, some U.N. members held a silent protest during the designation in which they turned their backs to the speakers and raised their fists into the air.

I get why women at the UN are upset but MAN did watching this in real time make me uncomfortable https://t.co/2mubdPsrJb #WonderWoman75 pic.twitter.com/zXpv0NOOqt

The UN rejected 7 real women candidates for Secretary General. And now even choice of Wonder Woman as honorary ambassador is being condemned https://t.co/GSIY0JEctt

The designation was a chance for the children in attendance—many of them with the Girl Scouts of New York—to see Wonder Woman as a symbol of empowerment. In one form, that came with the women in attendance: actresses Gal Gadot and Lynda Carter, who’ve portrayed Wonder Woman on-screen, Wonder Woman director Patty Jenkins, DC Entertainment president Diane Nelson, and United Nations Under Secretary-General Cristina Gallach. 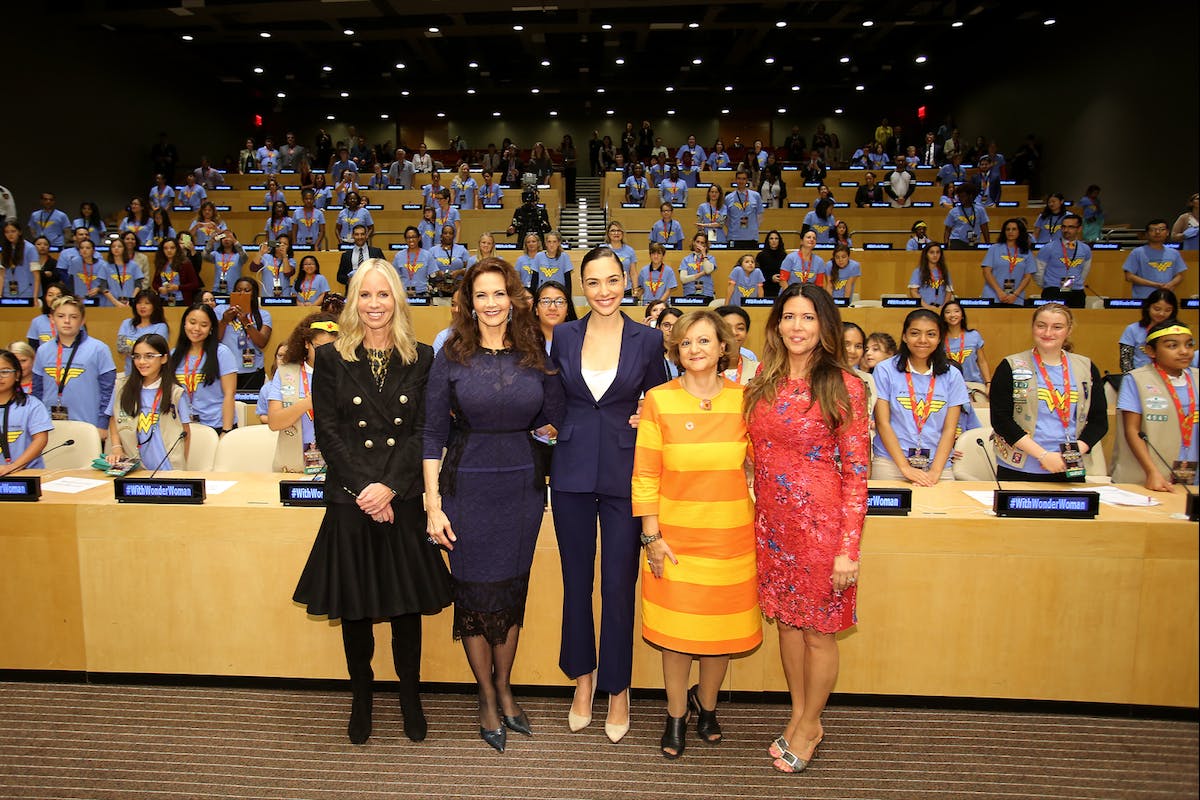 DC has recognized the role it’s played over the years and jumped on board to use Wonder Woman as a way to improve the world.

“Supporting the United Nation’s campaign for female empowerment is a weighty responsibility and one that all of us at DC and Warner Bros. are proud to take on,” Nelson said. “Wonder Woman has always been a trailblazer for women’s rights and we believe she can continue that legacy by expanding and deepening the dialogue around these critical issues.”

But even though Wonder Woman has now been recruited by the U.N., she’s already done wonders for fans and especially for Carter, who was cast more than 40 years ago, challenging the idea that Wonder Woman isn’t an inspiration and empowering just because she’s fictional.

“In some magical and mystical way, there lies within each of us Wonder Woman,” Carter told the audience. “She is real. She lives and she breathes. I know this because she lives in me, and she lives in the stories that these women tell me, day in and day out. I see it in the letters and in the stories. I read it on social media. I see it in the tears that fall from the eyes of the women who say it saved them from some awful thing that they endured, because they saw that they could do something great.” 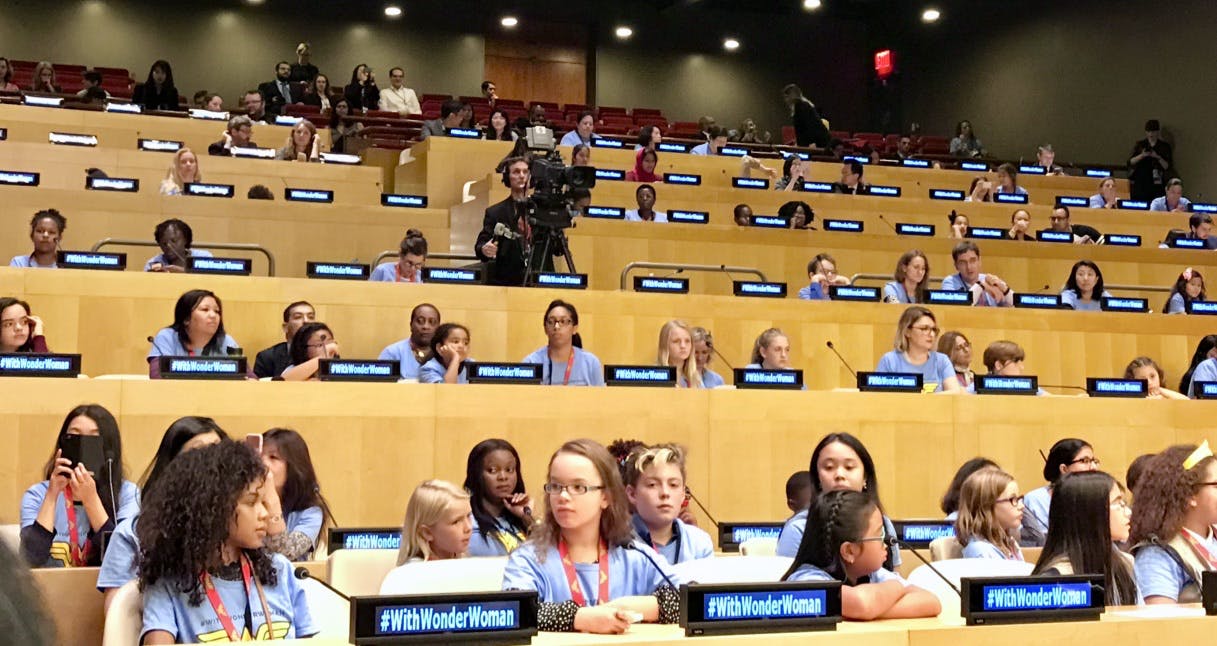 She noted how historic even having a Wonder Woman TV show was at a time when women didn’t really have their own shows.

“We started getting letters and phone calls, and I started hearing stories,” she said. “This miracle of an idea that came from a 48-year-old woman named Elizabeth [Wonder Woman co-creator Holloway Marston] started to have an influence in some girls’ and women’s lives. That was when Wonder Woman became flesh. This idea became a reality, and the ‘she’ became ‘we.’”